Two Leeds researchers have been awarded highly sought-after places on the Arts and Humanities Research Council International Placement Scheme for 2016-17. 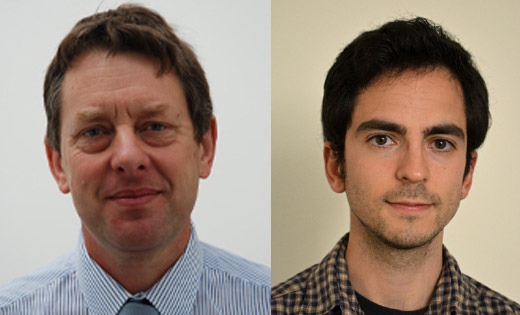 Dr Adam Strickson, Teaching Fellow in Theatre and Writing, will be hosted by the Shanghai Theatre Academy, a university of the performing arts, where he will be examining the act of translating into English Ming Dynasty plays for performance from his point of view as a practising scriptwriter and poet.

Specifically, he will be adapting Tang Xianzu's 'Handan Dream', one of Tang’s four dream plays like 'Dreaming under the Southern Bough', which Adam and Steve Ansell, director of stage@leeds, have adapted this year and are touring to Edinburgh and China this summer with a student company from the university.

Adam explains: “I will be adapting the play as contemporary music-theatre or 'opera' working with scholars and a contemporary script writer from Shanghai Theatre Academy as well as preparing an academic article on this work.

“After supervising four visiting students from STA this year, this is hopefully the beginning of more Performance and Cultural Industries students taking a year abroad to study in China and I will be able to encourage them. There are huge opportunities for intercultural co-operation for the School and I hope to develop these further.”

Postgraduate researcher Maxim Samson will spend just over three months at the Library of Congress in Washington DC – the largest library in the world, with more than 160 million items.  He will enjoy full access to its collections, facilities and staff expertise, as well as opportunities to network with other researchers working there.

Maxim will be pursuing his research into the role of Jewish faith schools in constructing young people’s Jewish identities.  The Library of Congress holds a substantial collection of 20th century Jewish literature concerning education and the synagogue as well as texts regarding women’s role in religion.

Maxim says: “This fellowship at the Library of Congress will enable me to access its unparalleled catalogue of literature relevant to my topic and place my research within an international, comparative context.  I am also looking forward to networking with other researchers in the USA in order to facilitate discussion of evolving understandings and methodological approaches towards Jewish identity.”