The Arts and Humanities Research Council awarded Professor Pitches £250,000 to support his interdisciplinary work on theatre, performance and mountains. 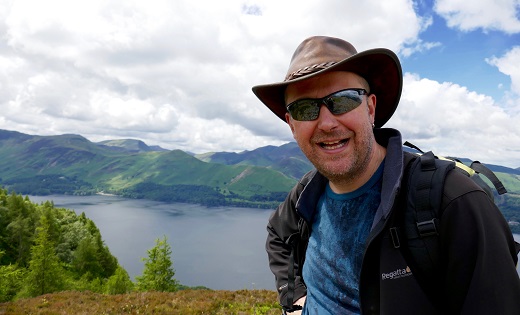 Professor Pitches, who holds the Chair in Theatre and Performance in the School of Performance and Cultural Institute, received the money for his 18-month project. It will culminate in the completion of an academic monograph (Performing Landscapes: Mountains, to be published by Palgrave); a new piece of practice-led research, based on the first ascent of Indian Face in Snowdonia, premiering at the Kendal Mountain Festival (KMF) in 2017; and an international symposium.

KMF are close collaborators on the project alongside a postdoctoral researcher who will be appointed to develop the performance piece and to gather some of the brand new data for the project. A wide range of public events is also planned, including talks at Mountain Festivals in the UK and Canada and a new series of Mountainsides seminars, bringing together theatre academics, mountaineers and explorers to discuss common themes such as risk, vertigo and exposure.

Professor Pitches said: “I’ve been working with KMF for two years to get this project together and I’m very excited to have the potential of this collaboration, and the research which will flow from it, recognised by the AHRC.  The project promises to deliver unique understandings of the meeting points between mountains and performance and I am really looking forward to working with academics, mountaineers, festival organisers and outdoors enthusiasts to define and develop a new genre of theatre and performance."

For further information or to get involved, please contact Prof Jonathan Pitches directly.