Last year I saw an advert for a project called ‘Rocket Science’ and asked my local junior school if they were interested in being involved. 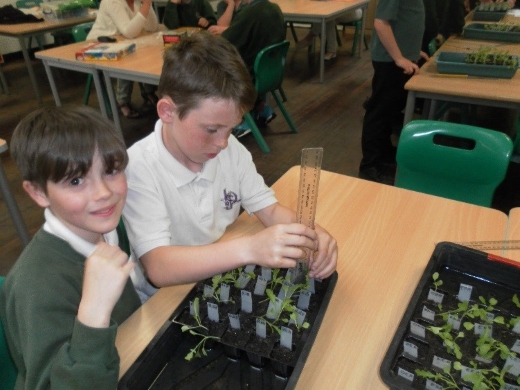 The project is a collaboration between the Royal Horticultural Society and the UK Space Agency involving 8500 schools and children’s groups.

In September, 2kg of rocket seeds were sent up to the International Space Station for six-months. Once back on Earth the seeds were packaged alongside similar seed that had remained on Earth into red and blue packets. 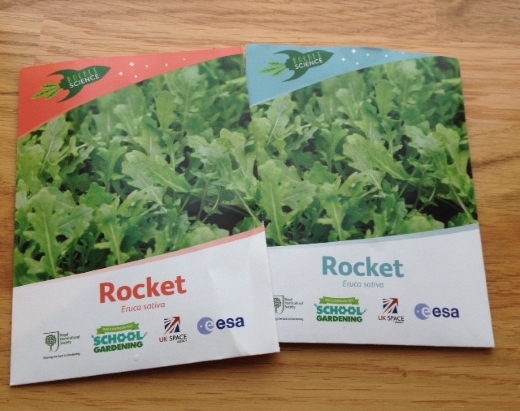 Rocket seeds (as in the lettuce!).

The aim of the project is to look at whether seeds stored in space grow any differently to those stored on Earth, allowing the children to think about sustaining life on long-term space missions. As a research technician working in the Plant Centre within the Faculty of Biological Sciences (FBS), I was able to offer the children advice and support on how to grow and maintain the plants, and also to talk about the importance of treating all of the trays equally, random sampling, and accuracy of measurements.

We started in assembly with an exciting message from ‘rocket-man’ Tim Peake who showed us the seeds in space. Then we discussed why we might need to grow plants in space and what resources other than food could be provided by plants, such as oil, fabrics and medicines. Each year group then took responsibility for planting a tray of red and a tray of blue seed.

The children made predictions about what they thought would happen to seeds stored in micro-gravity with increased radiation. It was fascinating to hear some of their ideas finding out how they could link knowledge from different areas. One of the predictions was that the seeds would expand in space, because an astronaut’s spine elongates in reduced gravity, and therefore the plants would grow taller. This was countered by the idea that the seeds might elongate in space, but the pull of the earth’s gravitational field would be felt more strongly when they returned so the plants would be smaller. As the children put forward their ideas, I was able to relate them to my knowledge of gravitropism and had how plants respond to stress. Unlike most experiments carried out in schools, we had no idea what the result would be, so there was a buzz of excitement to see what would happen. 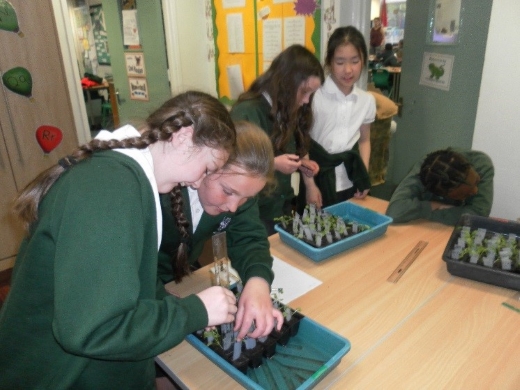 Each year group looked after the plants for a week at a time, watering, rotating the trays, and taking any measurements required. They measured various parameters including: percentage germination rates, height of tallest plants in each tray, and average number of leaves per plant.

Their observations found very little difference between the two sets of seeds. However, the results are being added to a national database with 8500 other sets of results. So now the children and I are waiting impatiently for the final results. Are our results representative? We’ll have to wait and see… 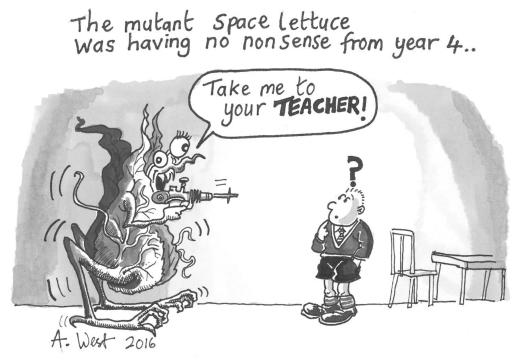 Jennie would like to thank her PI, Professor Urwin, for allowing her to go into school to help with some of the measurements. She also wants to thank the lab for providing the resources required for the project and Daria Pastok for kindly providing her with some plants.

Many technicians take part in similar public engagement activities. In FBS lots of technicians are involved in Discovery Zone, which takes place in March for schoolchildren aged 8-14, or other activities which are part of Leeds Festival of Science. Others are involved in events such as the Great Yorkshire Show, or the international Fascination of Plants Day. If you want to get involved in any projects contact STEM@Leeds.ac.uk for science-related, or for non-science educationcontact outreach@leeds.ac.uk