Sitting opposite Sue Keat in the Faculty of Biological Sciences canteen, it's hard to imagine her in a dingy car park, handcuffing a drug dealer who is resisting arrest. 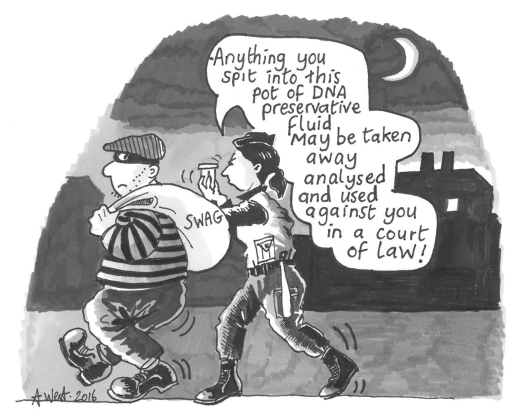 However, that is the reality of her dual life; lab technician during the week and Special Constable at the weekends. She describes herself as a "social worker with handcuffs" – in reference to the police work, not the laboratory work, of course.

But for the height restrictions of the 1970s, Sue wouldn’t be working as a technician. Instead, she would have followed her husband into the police force. As it was, she directed her boundless energy into a career as a diagnostic and research technician in Immunohistochemistry in the Leeds Dental Institute (LDI). Thirty years on, her main role is training students in the complex process of preserving biological tissues and cell samples for cancer diagnosis and research. These formalin-fixed, paraffin-embedded samples can be stored indefinitely at room temperature, allowing the DNA and RNA to be recovered decades after fixation.

She has a typically positive approach to her work. "I want students to know the process properly," she says. "Say you have a hundred students who you have supervised in the lab - they might go on and train another hundred people. It is like a pyramid. You may do just a few at the top of that pyramid but if you do the best job you can with those people and they cascade it down to others, what impact does that have on healthcare? Patient care is the most important thing." 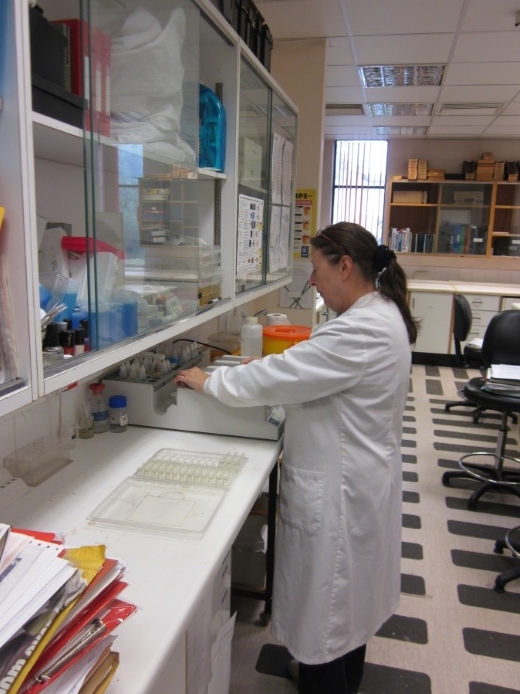 Sue placing samples in a workstation.

I got the impression from Sue that everything she does is fuelled by a wave of enthusiasm. In the case of her role as LDI Museum Curator it is a passion for history – although she claims she got this role because “the chief technician retired and I inherited his keys.” Much of her enthusiasm seems to come from a desire to help people. That might be through spending time training a student on the best immunohistochemistry techniques or spending an evening talking through the problems of someone in police custody.

Sadly, in 2007, Sue’s husband Robin died after a long heart illness. She took time off work and sought the support of the University’s Psychological Support Service, of which she cannot not speak highly enough. After this she decided to reapply for the police force as a Special Constable, training and commencing both uniformed and plain clothes duties at the age of 54.

She is now Section Officer (equivalent to sergeant) in the West Yorkshire Police. She is responsible for a team of other Special Constables who develop new starters and she still walks the beat several hours per week. She says: “It's a two-way process. They get a free bobby and we get access in the police force to unique challenges and opportunities. You do stand there sometimes and think, ‘What do I do here?’ They’ll be kicking off but the training helps you deal with it.”

Sue told me that her proudest moment in the police force was seeing her name on the arrests board after her first arrest – the same board that her late husband’s name had featured on. I asked her what advice she would have given to her younger self. Her reply was immediate: “To go for it, try everything at least once – with the proviso that it’s legal of course! Never give up – it took me 30 years to join the police service!”

If you are interested in volunteering with the police there are many opportunities. Sue would love to talk to you about it; alternatively you can visit www.police.uk/volunteering/