The first winners of the Piers Sellers Prizes for outstanding research in climate science have been announced. 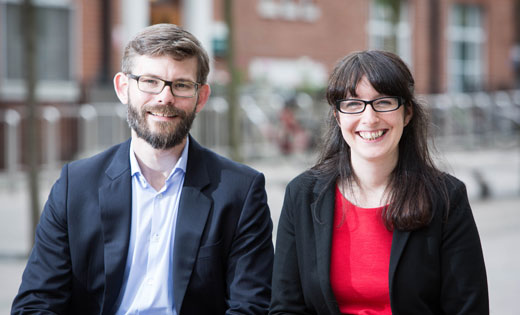 In honour of Dr Sellers’ work as a renowned climate scientist and in raising public awareness of global warming, the Priestley Centre has created two annual prizes in his name to recognise outstanding research in the field.

The Piers Sellers Prize for ‘Exceptional PhD Research’ is designed to reward and encourage current University of Leeds PhD students for undertaking excellent research to better understand or address climate change. The second prize, for ‘World leading contribution to solution-focused climate research’, is open to all researchers world-wide at any stage of their career.

The first winner of the Piers Sellers Prize for ‘Exceptional PhD Research’ is Kate Scott from the University’s School of Earth and Environment.

In her research, Scott seeks to understand how environmental policies, consumption-side measures and industrial policies can be used to best effect in mitigating climate change. Her research has been integrated into assessments of evidence by the Committee on Climate Change (an independent body that reports to Parliament on progress made in reducing greenhouse gas emissions) and has been presented to various Government departments.

The Piers Sellers Prize for ‘World leading contribution to solution-focused climate research’ is awarded to Dr Joeri Rogelj, a research scholar at the International Institute for Applied Systems Analysis (IIASA), Austria. Both Prizes were awarded at the official launch of the Priestley Centre by Sir Alan Langlands.

Dr Rogelj’s research examines workable mitigation solutions and the effects of staying below different global temperature targets.  He was the only researcher before the United Nation’s climate change talks held in Paris in late 2015 – the 21st Conference of the Parties (COP21) conference – to be actively publishing on how to limit global temperature rise to 1.5°C.  His work played a central role in forming the evidence base behind the Paris Agreement.