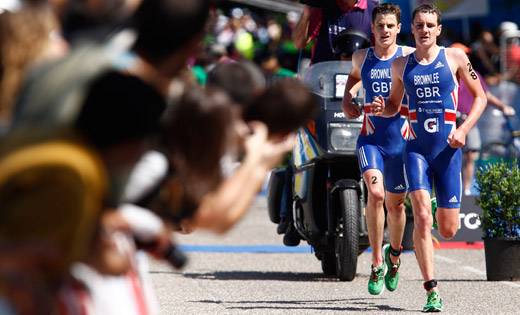 All three continue to make regular use of training facilities at the University’s sporting facilities, including The Edge swimming pool.

The trio have been congratulated on their selection by the University’s Head of Alumni Engagement, Phil Steel. He said: “It’s a real sign of their dedication that Jonny, Ali and Gordon developed into elite athletes while still completing very demanding degree courses.

“We’re immensely proud of them and I’m glad the University was able to tailor the academic requirements of their degree courses to create time for them to develop into the top class athletes they are today.”

Both the Brownlee brothers, who were also awarded honorary doctor of laws degrees from Leeds in 2013, have credited the University in helping them develop their performance.

Jonny Brownlee has also explained how the University’s support made a significant difference: “Both of us received scholarships from the University. I was allowed take my exams all over the world when I was qualifying for the Olympics and I could split my final year in two, which meant I could concentrate on training as a full time athlete.

"We trained at The Edge at least twice a week. The fact that the pool and gym were on site when we were studying made it so much easier to fit training in.” 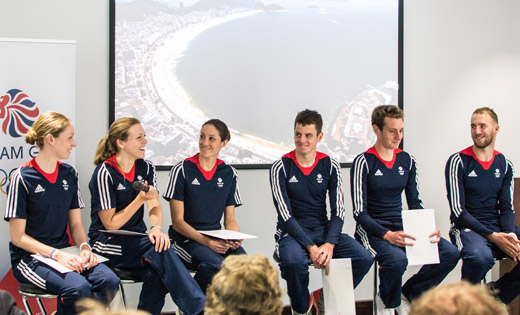 Gordon Benson, the third member of the team, is currently reading for a BSc in Nutrition, and also credits the University with helping him succeed: “My mind and heart were set on Leeds so I enrolled on nutrition, and from the first couple of weeks I thought ‘Yeah, I’m into this’. I’ve been fortunate to have a lot of support from the Uni. It’s almost a welcome distraction sometimes."

As well as the men’s TeamGB squad announced today, two of the three members of the women’s team regularly train at the University's facilities: Non Stanford and Vicky Holland both plough through hundreds of lengths each week to remain in peak condition.

The Edge is part of the Leeds Triathlon Centre, a joint project between the University of Leeds, British Triathlon, Leeds City Council and Leeds Beckett University and is a dedicated centre for training elite athletes in the sport.