Dr Jasjit Singh’s project about Sikh radicalisation in Britain was one of ten funded, out of over 100 applications. 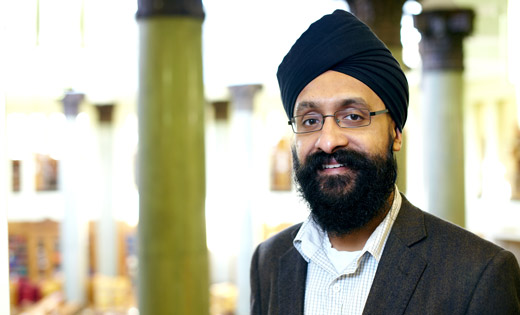 The call, offering £1.25m, was the first round of commissioning by CREST for original research for understanding, mitigating and countering threats to national and international security.

Dr Singh continued: “I am delighted to have been successful in obtaining this funding which will allow me to examine a topic which is as important to Sikhs as it is to policy makers. As one of the few academics specialising in the lives of Sikhs in Diaspora, I look forward to engaging with British Sikhs to interrogate the context of ‘Sikh radicalisation’ in the UK.”

Speaking about the announcement the Director of CREST, Professor Paul Taylor, said: “We were delighted with the outstanding response to our call. Standing out against stiff competition, the successful projects promise innovation, rigour, and results that will make a difference to how we understand and counter security threats. I am looking forward to working with them.”

See more information about the selection process and the successful projects.