An artist's impression of LUU when refurbishments are complete. 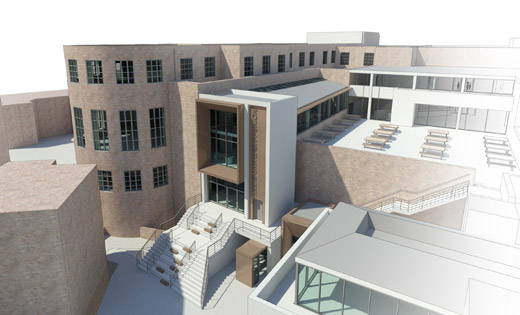 This means the project will now be delivered far earlier than originally anticipated, with final works being complete as early as April 2017. The current activity programme has been confirmed as:

May 2016: SRM starts on site in a phased approach to the programme of work covering Old Bar, the Riley Smith Hall and Pulse.

June: Work begins around the Foyer, Stylus corridor and Mine.

August: Work begins on the Raven Theatre, Central Atrium, Common Room, Market Square and further works to the Foyer. Works to Pulse and the new Terrace kitchen will also be completed at this time.

January – April 2017: Work will be completed around the North Entrance, backlog maintenance and new Studio spaces.

Find out more and keep up to date with the latest news.

Sign up to receive regular email updates on the Union Upgrade and other campus developments projects.