Leeds has been awarded £3.8m to accelerate the development of infection diagnostics tools that are urgently required to stop the unnecessary use of antibiotics. 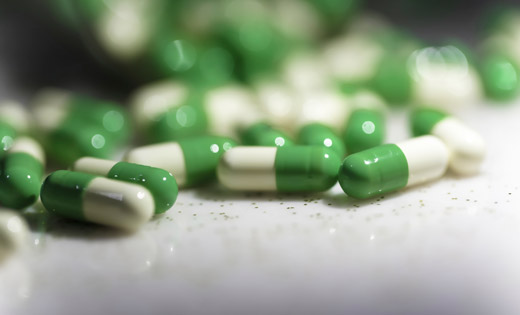 The discovery of antibiotics early in the 20th century revolutionised our healthcare system and antibiotics and other antimicrobials have become an integral part of modern healthcare. However, in recent decades, the use of antibiotics has increased massively. This has led to an enormous rise in antimicrobial resistance (AMR), which is a significant and growing challenge.

The world is facing an increase in the number and type of bacteria resistant to antibiotics alongside stagnation in the development of new antibiotics or viable alternatives. It is clear that an interdisciplinary approach is needed to tackle the challenge if we are to save millions of lives being lost as a result of antibiotic-resistant bacteria.

The project at the University of Leeds brings together researchers from the faculties of Engineering, Biological Sciences and Medicine and Health. This highly interdisciplinary team will develop a new tool that can be used by doctors to detect the presence of a bacterial or viral infection quickly before antibiotics are prescribed. The test will be able to identify which bacterial strain has caused the infection, as different strains require different treatments, and whether the particular type is commonly resistant to antibiotics.

Professor Christoph Wälti, who leads the project at the University of Leeds, said: “This tool will allow for a much more targeted use of antibiotics, reducing the number of prescriptions and increasing efficacy for patients, and will contribute significantly to tackle the ever-increasing problem of antimicrobial resistance (AMR).”

The MRC has been working with the other research councils that form Research Councils UK to identify research opportunities that cross disciplines to help tackle the rise in AMR.  As part of its cross-council initiative, it has awarded collaborative grants to three UK universities, totalling £9.5m.