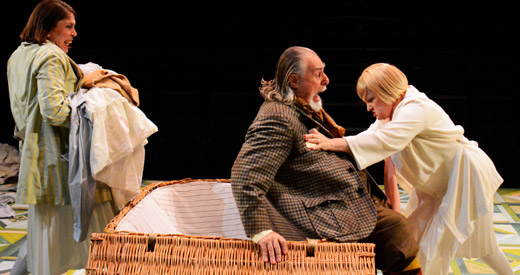 About The Merry Wives
The vain rogue Sir John Falstaff attempts to seduce a couple of well-to-do wives… but Mistress Page and Mistress Ford get wise to his plan and scheme to exact revenge with hilarious and unimaginable consequences. If you like your Shakespeare light, funny and wickedly entertaining then look no further than Northern Broadsides' The Merry Wives.

See how to take advantage of the offer (link accessible on campus or via remote access only.)