The White Rose University Consortium, a strategic partnership between the Universities of Leeds, Sheffield and York, has established a Brussels office to influence EU research policy. 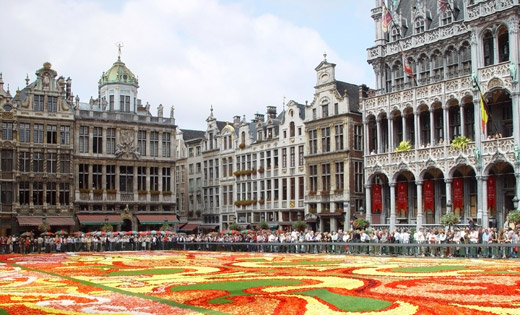 The White Rose Brussels Office will work with key stakeholders on areas of research excellence supported by EU funding and which align with current EU research priorities. The office will also spot areas of strategic importance as well as strengthening name recognition of the three universities.

The White Rose universities each have substantial alumni communities in Belgium and the Brussels Office will work with them to assist in profile raising. The office will build relationships with other Brussels-based liaison offices and relevant NGO influencers of EU research policy. Leeds, Sheffield and York have a long track record of successful collaboration, and the aim of the joint initiative is to deliver maximum value to each university.

The Office will offer hot-desking facilities for staff of the three universities working in Brussels. They will also have access to a meeting room that can be used for consortia meetings or other events.

A Steering Group including senior academics and administrators of the three universities as well as Craig Walker, Director, White Rose University Consortium, will oversee the office. There will be an official launch event on 7-8 April 2016. The Vice-Chancellors of Leeds and York and the Deputy Vice-Chancellor of Sheffield will attend together with a distinguished guest speaker who will be announced later. Following the official opening ceremony, there will be research theme based sessions by key academics from the three universities.

Craig Walker said: “Our Brussels office puts the Universities of Leeds, Sheffield and York at the heart of Europe. It will give us an ideal base to influence EU research policy and to work with stakeholders to broaden our relationships with European partners.”

Established in 1997, the White Rose University Consortium has helped the three universities to build on their individual strengths by working in partnership across research, enterprise and innovation and learning and teaching. With a range of partners from the private and public sector, both in the UK and overseas, the Consortium has secured projects to the value of more than £150m.