Dr Simon Hall’s new book, offering a narrative history of the year 1956, is to be launched at Waterstones in Leeds. 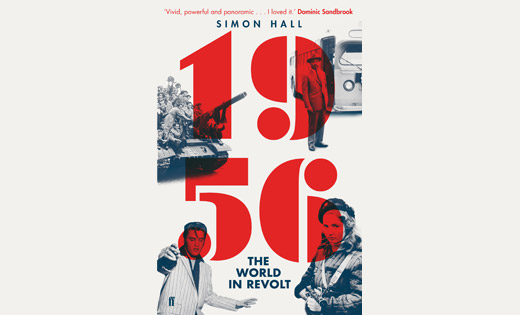 The Head of the School of History, Dr Hall, draws on his own research interests in his new book that explores that year's various rebellions and revolutions - including the struggle against white supremacy in the United States and South Africa; the challenge to European colonialism in Africa and the Middle East; and the uprisings against Communist rule in Poland and Hungary.

It has recently been published in the UK by Faber and will appear in the US (Autumn 2016) with Pegasus Books. It has also been translated into German, Dutch and Polish.

Described as ‘enjoyable and informative’ in the Independent, Dr Hall’s book has also been reviewed in the Guardian, The Irish Times and The Scotsman.

The event is free, but booking is required.

Dr Simon Hall studied history at Sheffield and Cambridge, and held a Fox International Fellowship at Yale, before moving to the Leeds in 2003 to teach American history. His previous books include Peace and Freedom: The Civil Rights and Antiwar Movements in the 1960s and American Patriotism, American Protest: Social Movements Since the Sixties.