Leeds' School of Law has partnered with the East China University of Politics and Law (ECUPL) to found a Joint Research Centre in Commercial Law. 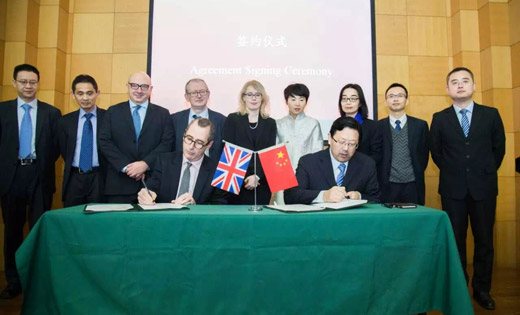 This unique venture draws together the School's leading centre for research in commercial and corporate law with its Chinese equivalent, and builds on several years of collaboration between the two institutions.  It's launch in Shanghai was attended by Leeds alumni, Chinese lawyers, and commercial leaders, including the Vice-President of the Shanghai Stock Exchange.

The Joint Research Centre will provide a platform for cooperation in commercial law studies between China and the UK.  It aims to promote academic partnership through:

Roger Halson, Professor of  Contract and Commercial Law and Interational Co-ordinator for the Faculty of Education, Social Sciences and Law, who has led the development of the Centre for the University of Leeds, says: "We feel sure that the launch of the joint China Britain Research Centre for Commercial Law between the University of Leeds and East China University of Political Science and Law in Shanghai will be as important for the  development of relations between our universities as the historic visit to the UK by Chinese President Xi Jinping, which shortly preceded it, will prove for general relations between China and the UK."