Two Leeds professors, Anna Madill and Timothy Devinney, have been honoured with Fellowship of the Academy of Social Sciences. 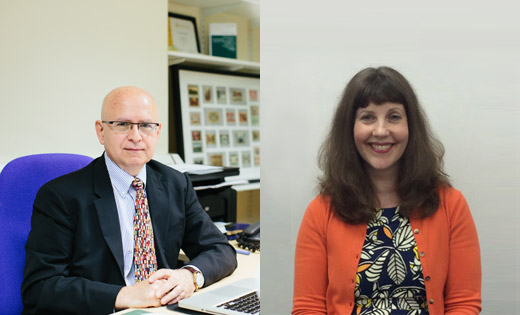 Anna Madill, Professor of Qualitative Inquiry in the School of Psychology, and Timothy Devinney, University Leadership Professor of International Business, have been recognised for the excellence and impact of their work in social science.

Professor Madill’s work focuses on wellbeing and, increasingly, on gender and sexuality.  She is recognised internationally for promoting the use of qualitative research methods in social science: she is the founder of a successful conference series for social sciences using qualitative methods and is a founding editor of the American Psychological Association journal, Qualitative Psychology.  She is also on the editorial board of the British Journal of Clinical Psychology, British Journal of Social Psychology, and Qualitative Research in Psychology.

Professor Devinney is a leading figure in the field of business and management, and has a particular interest in the impact of ethical and social values on individual behavior.

He has published 11 books and more than 90 articles, and in the last 10 years he has spoken at over 200 universities and conferences.  He is on the editorial board of at least 12 international business journals.

His research, teaching and public service has been recognised in a number of ways, with numerous best paper and teaching awards. He is a frequent commentator on public events and social issues in the press and various media.