The British Heart Foundation (BHF) has awarded Leeds researchers £1.4 million to look into strategies to counteract the risk of heart disease in people with diabetes. 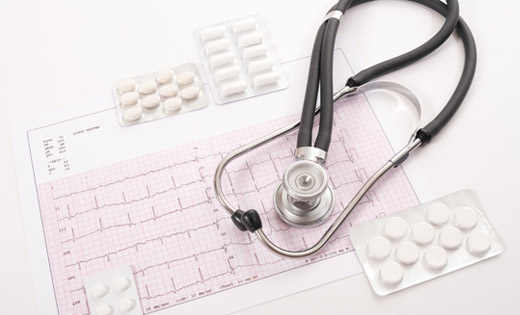 The funding is announced as part of the BHF’s new research strategy in which the BHF has committed to spending over half a billion pounds on research in the next five years.

Over 3.3 million adults in the UK are diagnosed with diabetes.  Over 280,000 of them live in Yorkshire and the Humber. These people have a much greater risk of developing heart disease, as the high levels of glucose in their blood can affect the walls of their arteries. This makes people with diabetes more likely to develop fatty deposits within their arteries, a major risk factor for developing cardiovascular disease.

BHF Professor Mark Kearney and his team at the University of Leeds are looking at ways to help protect people with diabetes from an increased risk of cardiovascular disease.

Professor Kearney says: “Heart disease is the main cause of premature death for people with diabetes. We hope that with this BHF funding we will be able to develop new ways to treat the heart and circulatory complications suffered by people with type 2 diabetes, which are urgently needed.”

Over the last 10 years the BHF has funded over £28 million worth of heart disease research at the University. The half a billion pounds pledged by the BHF as part of their new research strategy will be used to fund the best researchers working across all areas of cardiovascular disease research. However, this commitment to fund life saving research will only be possible with the continued generosity of the UK public.

Professor Peter Weissberg, Medical Director of the British Heart Foundation, says: “This research, undertaken at the University of Leeds, could prove vital in our efforts to reduce the risk of cardiovascular disease in people with diabetes.

"Cardiovascular disease causes more than a quarter of deaths in the UK: around 155,000 deaths per year. It’s only by funding more research like this that we’ll see the burden of this disease on the UK population decrease.

“The BHF exists to end the suffering caused by all forms of heart and circulatory disease and we’re committed to funding the very best researchers doing the highest quality research in order to achieve that goal.”