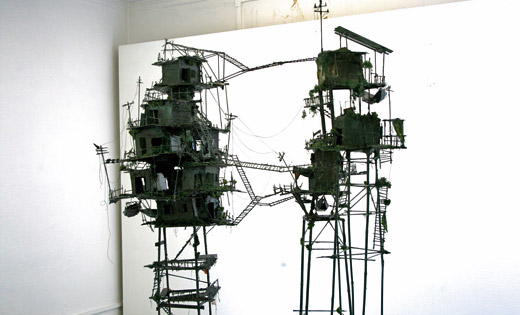 Now in its third year, the FUAM Graduate Art Prize supported by the Friends of the University Art & Music (FUAM), showcases the work of the top five art students from the School of Design and the School of Fine Art, History of Art and Cultural Studies.

Visitors were welcomed to The Stanley and Audrey Burton Gallery before the competition results were revealed. The judging panel found it both a challenging yet rewarding experience. Judge Helen Pheby said: “I found the entire process very inspiring and worthwhile; the responsibility of selecting winners - which was difficult as the standard was exceptional - meant that we really considered everybody's work in a way we might not have had we just visited." It was a unanimous vote. 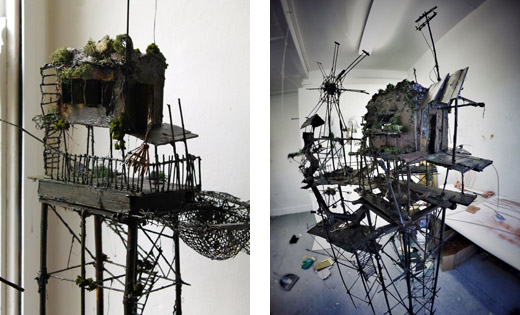 'Matthew' and 'Dave & Sarah' - Caroline's individual pieces are named after her friends and family.

Caroline Denby’s work 'Neither Here, Nor There', which is the product of identity and the artist’s own understanding of ‘home’, was chosen for its magical quality that captivated and elicited strong emotional reactions from its viewers.

Winning the judge’s and public vote, Caroline received a prize of £250, whilst each of the runners up received £100 to help them in developing their career as artists.

Through this prize and exhibition, the University seeks to encourage the professional development of its art students, and to showcase student artwork of the highest standard.

The Prize itself is supported by the Friends of University Art and Music-Leeds (FUAM). This registered charity was established in 1989 to promote and support art and music at the University of Leeds.