Kicking off on Friday 18 September with the opening ceremony of the Rugby World Cup, Leeds’ official Fanzone is set to take over Millennium Square. 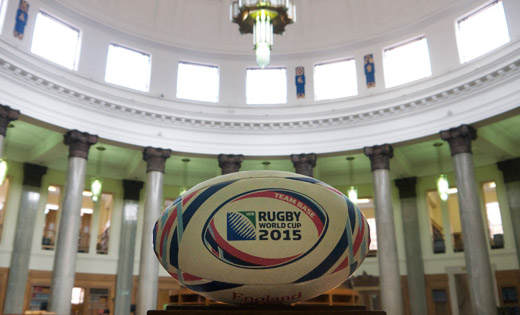 Matches will be shown on the big screen, so you can experience the Rugby World Cup 2015 outside the stalls of Elland Road.  Aside from the big screen – there will also be a licensed bar, street food and other activities to get people in the spirit of the tournament.

The Fanzone is open from 18 September –10 October (closed 9 October for Light Night).

Read more about the matches.

There is likely to be some travel disruption around Millenium Square while the Fanzone is there, and around Elland Road on match days. For more information, see the Leeds City Council travel planning webpage.

The University is welcoming the Rugby World Cup by hosting the Scottish team who have been training at the University.