Congratulations to Mike Jestico who made it to the national final of the Three-Minute Thesis (3MT) event competition hosted at the Vitae Conference. 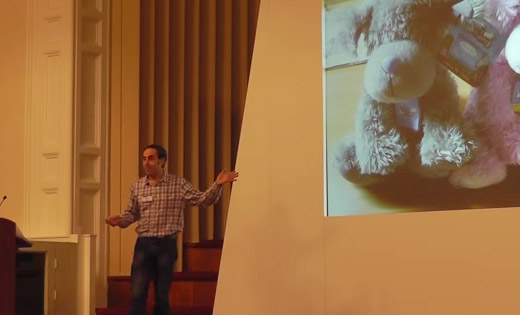 Mike impressed judges here at Leeds last year with an introduction to his research on how men on low incomes think about their health and wellbeing.  He won the University's Three-Minute Thesis competition at our 2014 PGR Showcase conference.

Talking ahead of the finals, Mike commented: “As someone who has been petrified all my life of talking in front of others, the Three-Minute Thesis competition has challenged me to just get up and do it. Originally, I was just there to learn and gain experience of public speaking, so I was seriously shocked when I won the Leeds competition and made it through to the national semi-finals.

"I am thrilled to be going to the final and it has given me such a boost. I am going to gain more experience and I will give this everything again, just like the Leeds final. Who knows what will happen.”

The 3MT is a competition developed by the University of Queensland in 2008, and has been adopted by many other institutions, including Leeds. It challenges candidates to give a compelling spoken presentation on their research topic in just three minutes to a non-specialist audience. The exercise is an opportunity to develop succinct academic and research communication skills; essential for anyone considered a future in research.