Winners of the inaugural Vice-Chancellor’s Impact Awards have now been announced, celebrating the tremendous contribution that the University makes to life outside the academic world.

Dr Philip Waywell of Research and Innovation Services says: “The inaugural Vice-Chancellor's Impact Awards were a great success, with submissions received from all nine faculties. Entrants were able to demonstrate a broad range of cultural, economic and societal impacts that had arisen from research undertaken here at the University of Leeds.  Beneficiaries of that research included members of the public, industrialists, cultural institutions and policy makers from across the world. The winning applicants were all commended for their sustained efforts in delivering high impact research over a number of years, often with multiple beneficiaries.”

Award winners will receive £2,500 each, to be used to help increase the impact of their research even further.

The winners in each of the four Award categories are:

Dr Goodman has led research into the way that new diseases can enter the Islands.  The research findings have helped persuade the Ecuadorian government to change laws protecting the Islands’ biodiversity.  For example, all direct international flights to the Islands are now banned, and any domestic aircraft flying there must first be treated with insecticide.  The research has also led to all tourist boats sailing between the Islands being fitted with “insect zappers” to help prevent insects accidentally spreading from one island to another.

The Galapagos Islands are of huge value to Ecuador’s tourism income and priceless as a past and future area of scientific study.  These and other improvements in biosecurity mean that they are no longer on UNESCO’s ‘List of World Heritage Sites in Danger’. 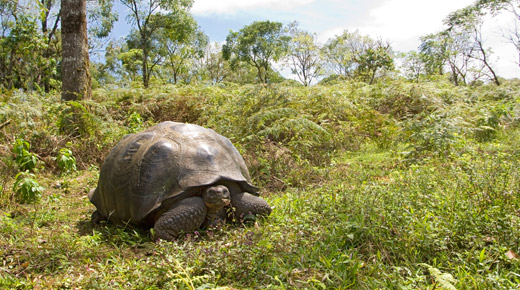 The Impact Award prize money will enable the research team to study other threats to the Islands, and particularly those which could harm the rare Galapagos giant tortoises.

Professor Parker has led part of one of the largest research programmes ever carried out in Africa, studying the impact of the West African monsoon on the African and global environment.  The work has greatly improved weather prediction and climate monitoring and modelling in West Africa.  This has huge benefits for:

The programme has brought together a network of African research institutions and developed new academic courses in meteorology and climate science, so future national and international climate action plans can be supported by scientific expertise.

The Impact Award prize money will be used to develop and disseminate further educational materials for African meteorology training centres.

Dr Stott has studied how conflict develops in crowds and how some forms of policing can escalate the disorder that they are meant to curb.  His work has had a major influence on policing at public events and protests. 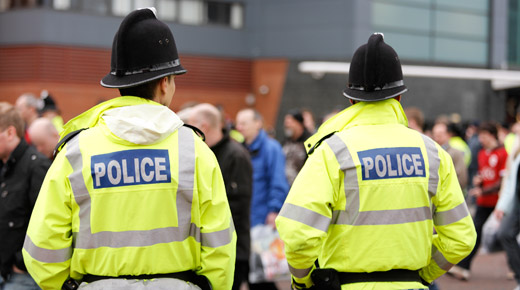 Public protest policing in the UK was reviewed after the death of Ian Tomlinson during the G20 summit demonstrations in London in 2009.  Several recommendations made as a result of this review were based on Dr Stott’s research findings: dialogue and negotiation should now be the primary tools used by police at crowd events.  The research evidence which supports this new policy is covered as part of the National Public Order training given to all public order police commanders.

Police Liaison Teams (PLTs), which lead the way in putting the policy into practice, have now been established by two-thirds of UK police forces, and Dr Stott has played a key part in developing their expertise through workshops with senior officers, a national PLT conference, and further collaborative fieldwork.

These reforms in policy and practice have been successful in maximising public safety and reducing the likelihood of disorder at public events, safeguarding human rights, and making policing operations cheaper.

The Impact Award prize money will be used to expand the network of police forces involved in fieldwork research, agree with them a methodology for further research and provide research training to each force.

Legacies of War is a research and public engagement project exploring five aspects of the First World War:

The project focuses on work with key partners and community groups: the team has worked with over 40 community groups, ranging from a homeless people’s theatre group, to schools and local history groups.  Through public events, exhibitions and educational work, the project team has shaped the way the city of Leeds and the region is marking the centenary of the First World War and has encouraged greater public use of archives, libraries and heritage sites.

The project team has also collaborated with twin cities in France and Germany, and online education materials produced as a result of this collaboration will be used by teachers in all three countries.

Project members have had a wider influence on public understanding of the First World War by advising government and other bodies, including the BBC.  A MOOC developed together with the BBC has now signed up over 12,000 learners.

The Impact Award prize money will be used to improve access to the project’s online resources and its external communication materials.  It will also enable the team to measure the impact of its work more effectively, which will help it put together its impact case study for REF2020.

Read more about how the University can help researchers increase the impact of their work.