Congratulations to Phil Yorke, staff member at The Edge, who recently swam the Channel (England to France) in a time of 18 hours and 2 minutes. 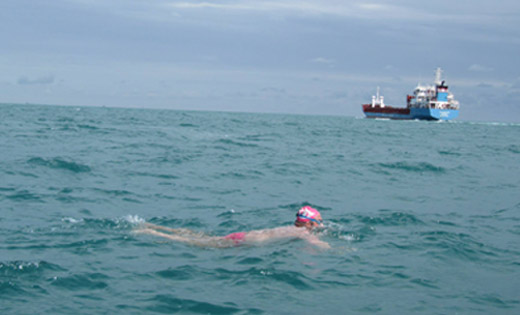 Having completed the Channel swim as part of a relay with a team from The Edge back in 2013, Phil made the booking to swim it solo as a personal goal and challenge and to raise money for the charity Aspire, which helps those with spinal cord injuries.

Four weeks after rescheduling the original swim date due to bad weather conditions, Phil got a call from the escort boat driver asking if he wanted to go 24 hours later. 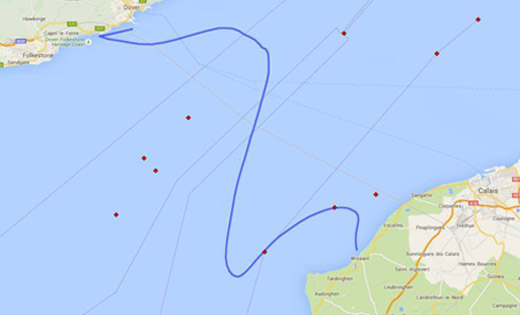 The route taken by Phil Yorke, from Samphire Hoe in Dover to Wissant Beach.

Once starting the official 21 mile swim between Dover and Cap Gris Nez near Calais, you are not allowed to hold onto the guide boat at any time, even when feeding.

With 300m to go, the only jellyfish Phil saw gave him a nice ‘Welcome to France’, and stung him across his face, arms and right hand side.

Phil completed the event doing breaststroke, making him the 12th person to have completed the Channel swim doing this stroke, and the seventh fastest of those. So far, he has raised £550 for the charity Aspire.

RT @GreatFoodLeeds: We’ve ditched the extra charge for vegan milk alternatives this January! 🙌 Get your favourite or try something new in…