Actor and comic Alistair McGowan aims to make a big impression when he returns to the region as part of a new series of public concerts organised by the University. 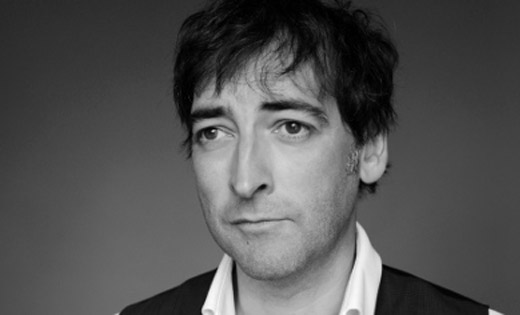 The impressionist and writer, who studied English at the University, will act as narrator during a performance by The Revolutionary Drawing Room quartet on 24 April 2016. The event will intersperse the music with readings from Georgian era singer and composer Michael Kelly’s famous Reminiscences of famous composers of the time in Vienna.

The event is just one from the glittering line up making up the new season of the University's International Concert Series.

The series features a diverse and exciting mix of performances by professional artists from around the world, covering all genres of music. It includes free Friday lunchtime recitals in term time and concerts aimed at audiences of all ages and tastes, as well as regular showcase events for students from the University’s School of Music.

The new season is the last arranged by artistic director Jillian Johnson MBE, who retires at the end of August after 50 years’ service to the University – the last 14 spent coordinating the concert series. She was awarded her MBE in the New Year’s Honours for services to music and higher education in Leeds in 2013; the year the University marked 100 years of public concerts.

Jillian said: “Our concert underlines the University’s commitment to the arts in the city and region. It provides a valuable opportunity to welcome all onto campus to enjoy a varied musical programme.”

The 2015/16 programme will complement a University-wide programme of events marking next year’s commemoration of the 400th anniversary of Shakespeare’s death, with recitals reflecting on the Bard’s influence on music.

The concerts will take place in the Clothworkers’ Centenary Concert Hall on campus. Other programme highlights include:

To coincide with the concert series, art exhibitions will take place in the foyer of the concert hall. The first of these for the new season features work by print maker Carry Akroyd, as a prelude to a concert celebrating the music, life and times of “peasant poet” John Clare on 31 October.

Details of all events are online. For further information, contact Jess Ward on 0113 343 2584 or via email.