Two members of staff, Alison Usher and Gemma Smales, have been shortlisted for a Young Leaders award, in association with University Business Magazine. 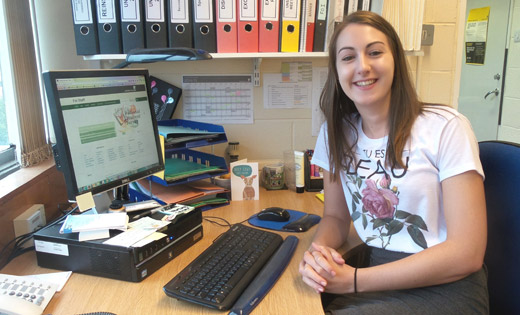 In their inaugural year, the Young Leaders Awards intend to recognise and reward those who are under 30 years of age working in higher education. The Awards have prompted a fantastic response from across higher education with a large number of nominations in all categories.

Alison Usher, Secretariat Support Officer, has been shortlisted for the Admin Angel category: ‘the tireless organiser keeping everything running smoothly behind the scenes’. Alison commented: “It’s fantastic to see awards aimed at younger staff. Having entered this role just months after graduating from Leeds University, it was a big step to take. I am honoured to represent the University at these national awards.”

On why she thought she had been shortlisted, Alison said: “I came into the office when a staff changeover had occurred resulting in a new team that needed a new way of working; I think I just shocked everyone with how quickly I settled into both the role and the team. Collectively we have really turned this office around and I am thankful that my work has been recognised and appreciated.”

Gemma Smales, Duty Manager at The Edge, has been nominated for the People Pioneer award, which recognises team leaders who have offered great guidance and advice to their team. Gemma said: “It’s very exciting to be involved with the Awards and it would obviously be great to win, not only for myself, but to gain recognition for Sport and Physical Activity as a department, and for the wider University.” 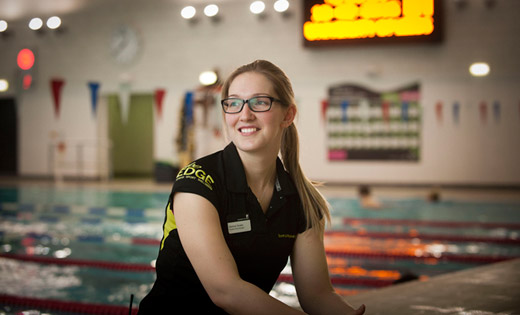 Rob Wadsworth, Head of Sport, nominated Gemma for this award and said: “Gemma has developed into a fine young leader in the Sport and Physical Activity service. She has developed her leadership style and approach to have a real impact on the service and our team of staff.”

He added: “She leads her team with calm authority and has an ability to motivate and inspire through her enthusiasm, passion and communication skills. She is well respected by all members of the team and her shortlisting is thoroughly deserved.”

Chaired by the University Business Editor Rebecca Paddick, three candidates for each of the seven categories were nominated. Stewart Ross, Leeds’ Head of Commercial Services, was amongst the judging panel who were impressed with the high standard of entries.

The winners will be revealed on 4 November 2015 at the Awards Ceremony at The Park Lane Hotel Piccadilly in London. Tickets are now available online.