Nicola Adams MBE, the first ever women's Olympic boxing champion at the London Olympic games in 2012, is one of a host of distinguished individuals receiving an honorary degree this year. 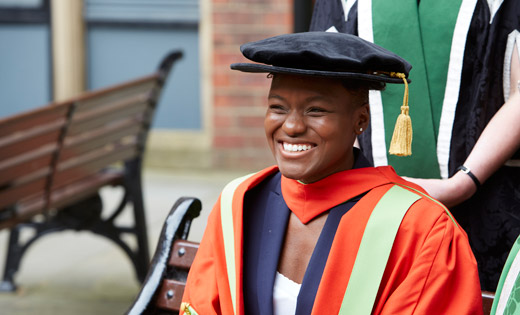 In total, ten eminent figures will be awarded in 2015 by the University, honoured for their outstanding achievements in their respective fields.

Nicola was born in Leeds and attended the local Agnes Stewart School;  she started boxing in a local city fitness club after being introduced to the sport while on a visit to the gym with her mum, Dee, who has provided Nicola with tireless support and encouragement from day one.

Nicola won her first competitive fight at the age of 13, but it took another four years before she was able to find another opponent as women’s boxing was banned in the UK until 1996.  Nicola went on to become the first woman boxer ever to represent England, in 2001.

After winning medals in European and World Amateur Championships, Nicola became the first female boxer to win an Olympic gold medal in 2012, when, to the joy of the nation, she outclassed the great Chinese boxer Ren Cancan in the flyweight final.  She went on to take the Commonwealth Gold in 2014, and just last month won Gold at the European Games in Baku.

Nicola is an outstanding ambassador for the people and city of Leeds and Yorkshire, involving herself in important local causes, and supporting both sport and charities in the city.  In an age when sports stars so often fail, outside their arena, to live up to their athletic achievement, Nicola stands out as a golden beacon.

Professor Simon Armitage, former University of Leeds lecturer and Fellow of the Royal Society of Literature, also received an honorary degree this year.

Simon, who received his honorary degree on Wednesday 15 July, previously lectured in creative writing at the University, and the Library’s Special Collections is home to his official archive of manuscripts and writing.

A popular broadcaster and playwright, Simon has written for radio, television, film and stage in addition to his books and poetry. He has received numerous awards for his poetry including The Sunday Times Young Writer of the Year and the Keats-Shelley Prize for Poetry.

In 2010, he was awarded the CBE in the Queen's Birthday Honours List for services to poetry and the former probation officer was chosen as Oxford University’s Professor of Poetry in June 2015. 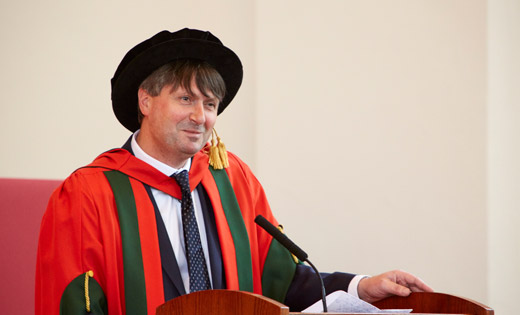 Simon said: “It is an honour to join all the students graduating. I hope they feel their time here has given them a lifetime of memories, opportunities and has inspired them to make a real difference in whatever field they choose."

The honorary degrees are being awarded throughout the University student’s graduation ceremonies, from Monday 13 July through to Friday 24 July.

2015 honorands are as follows: 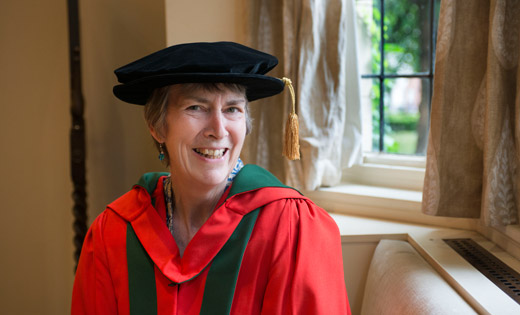 Margaret Jull Costa is an outstanding literary translator, who has brought classic Spanish and Portuguese texts to English-speaking audiences.  Her achievements are prodigious: she has been the winner of both the Weidenfeld Translation Prize and the Premio Valle-Inclán on three occasions; and in 2012 was the winner of the Calouste Gulbenkian Translation Prize. She was appointed a Fellow of the Royal Society of Literature in 2013.

Professor Howard Morris completed both his BSc and PhD at the University of Leeds and has gone on to play a founding role in the field of biomolecular mass spectrometry. His pioneering work was recognised by the Royal Society this year when he was awarded with its Royal Medal.  Professor Morris has combined his scientific discoveries with outstanding entrepreneurship, having founded two businesses which have allowed him to apply his work to the biotechnology and pharmaceutical industries.

Professor Simon Armitage is a leading English poet, translator and prose writer, with a deep and imaginative affinity to his native Yorkshire. Simon’s highly acclaimed poems have been shortlisted for a number of prestigious prizes, including: the Whitbread Poetry Prize, the Forward Prize, and the T.S. Eliot Prize. Simon is a Fellow of the Royal Society of Literature. In June 2015, Simon was chosen as the University of Oxford’s new Professor of Poetry.

Michelle Pinggera, the International Chief of Staff for Goldman Sachs, played a fundamental role in the development of the Goldman Sachs UK based 10,000 Small Businesses initiative, which was piloted in Leeds in 2010. The programme has had a direct impact on the University and the local region. Since its pilot, the programme has expanded across the UK and the businesses which have participated in the scheme have seen significantly increased growth.

Arthur France is a generous, compassionate and energetic advocate for the West Indian Community of Leeds. In 1967 he masterminded Leeds West Indian Carnival - Europe’s first Caribbean Carnival parade, and has been at the helm, as Chair, championing the Carnival and its army of volunteers ever since.  48 years later the annual parade is estimated to contribute as much as £10m to the local economy.  Arthur has received numerous awards in recognition of his valuable contribution to the local community and Carnival arts, including an MBE in 1997 and the city’s Leeds Award in 2015.

Professor Dame Ann Dowling is one of Britain’s most eminent engineers. She is a leading authority on developments that are enabling the control of unstable combustion systems in both aeronautics and power generation. Her almost 40-year career in research spans many high-profile industrial projects, including quietening the roar of Concorde, clean combustion and next-generation aircraft. In September 2014 she became the first woman to be elected as the President of the Royal Academy of Engineers.

Professor Sir John Tooke began his career in Leeds General Infirmary and as a Lecturer in the Leeds School of Medicine. He has gone on to lead internationally recognised research teams in his clinical interests of diabetes and its vascular complications. Sir John led the inquiry for the Secretary of State for Health into Postgraduate Medical Educating and Training in 2007, and in the same year he was knighted for Services to Medicine.  He is now the Head of the School of Life and Medical Sciences and Head of the Medical School at University College London, as well as President of the Academy of Medical Sciences.

A Leeds graduate, Sir David Baulcombe, is a world-renowned plant scientist and geneticist. He is a passionate advocate for using biochemistry to tackle global issues such as health, disease and food shortages.  He was elected as a Fellow of the Royal Society in 2001 for his outstanding contributions to the inter-related areas of plant-virus interaction, gene silencing and disease resistance; and he was knighted for his services to plant science in 2009. This year Sir David has been named as the new President of the Biochemical Society.

In 2001, Leeds born boxer, Nicola Adams became the first woman boxer ever to represent England. Since then Nicola has won medals at the European Championships, the World Championships, and memorably claimed the first ever women's Olympic boxing gold medal at the London Olympic games in 2012. Nicola followed this with another gold medal at the Commonwealth Games in 2014. She completed the hat-trick as first woman boxer to win gold at the European Games in Baku 2015. Nicola is seen as an ambassador for Leeds and Yorkshire and is a patron of the charity ‘StreetGames’ which gives sports and volunteering opportunities to young people in disadvantaged communities in the UK.

In his role as the Commissioner of Transport for London, Sir Peter Hendy, a Leeds graduate, has made London a world leader in integrated and innovative transport delivery.  He has overseen record-breaking operational performance, passenger numbers and the largest long-term investment programme in London’s transport networks in generations. In June 2015, Sir Peter Hendy was named as the new chairman of Network Rail.