Leeds PhD student Kate Fox is writing both her thesis and two Radio 4 comedy shows- the first of which has just been broadcast. 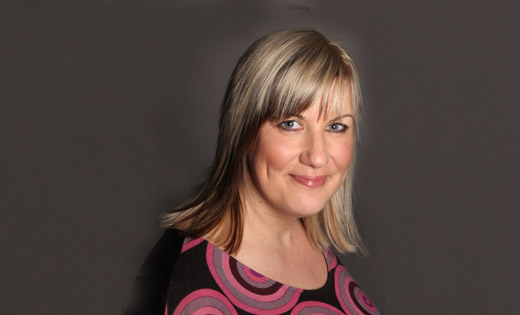 The Bradford-born stand up poet is just coming to the end of her first year at the Performance and Cultural Industries school where she holds a full-time PhD studentship.

She's looking at how Northern and female identities are expressed in solo stand up performance- and her own Radio 4 shows are one of the things she's researching in her practice-led Doctorate, under supervisors Dr Anna Fenemore and Professor Calvin Taylor.

The second in her mini-series “The Price of Happiness” will be broadcast on Sunday 28 June and the first is now available on iPlayer and will be repeated on Friday 26 June on Radio 4 Extra.

The shows are stand up comedy recorded in front of a live audience, with a poem to tie the half hour up at the end. She’s tackled serious subjects in a light hearted way with the first show looking at the growing number of people who choose not to have children and the second asking whether we’re spending too much on big weddings as the average cost is over £18,000.

“I’ve popped up on BBC Radio 4 quite a lot over the past few years, but only ever speaking for a minute at a time usually, doing topical poems. I’ve always done stand up comedy as well and took a show about not wanting children to the Edinburgh Fringe thinking hardly anyone would see it, with it being quite a niche topic. Radio 4’s then Head of Comedy, Caroline Raphael, saw it and loved it,  said she didn’t realise I did stand up comedy and that I should get together with a producer and pitch for a commission. Lianne Coop had the brilliant idea of a series of things I didn’t want and eventually Radio 4 picked up the two shows. We recorded them at the Live Theatre in Newcastle and it meant a lot to me to do it in the North with a Northern audience who make so many brilliant contributions to the two shows. I feel like this is the most exposing and personal thing I’ve done so far, but I’m really chuffed with the response I’ve had”.

The first show is available on iPlayer.