Leading poet Simon Armitage, engineer Dame Ann Dowling, and boxer Nicola Adams are amongst those who will receive an honorary degree from the University this summer. 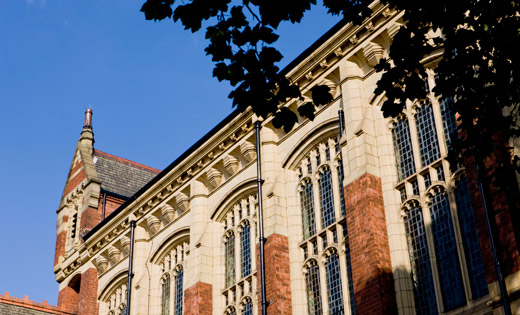 Sir Peter Hendy CBE – a Leeds graduate and the Commissioner of Transport for London, who has made London a world leader in integrated and innovative transport delivery.

Michelle Pinggera – the International Chief of Staff for Goldman Sachs, who has played a fundamental role in the development of the Goldman Sachs UK based 10,000 Small Businesses initiative, which was piloted in Leeds in 2010.

Nicola Adams MBE - a Leeds-born Olympic and Commonwealth Games gold medallist boxer, who is seen as an ambassador for Leeds and Yorkshire and who is patron of the charity StreetGames.

Professor Simon Armitage CBE – a leading English poet, translator and prose writer, with a deep and imaginative affinity to his native Yorkshire.

Margaret Jull Costa OBE FRSL – an outstanding literary translator, who has brought classic Spanish and Portuguese texts to English-speaking audiences.  She was appointed a Fellow of the Royal Society of Literature in 2013.

Professor Sir David Baulcombe FRS FMedSci – a world-renowned plant scientist and geneticist and Regius Professor of Botany at the University of Cambridge. A Leeds graduate, he is a passionate advocate for using biochemistry to tackle global issues such as health, disease and food shortages.

Professor Howard Morris FRS – a Leeds graduate and postgraduate, who has gone on to play a founding role in the field of biomolecular mass spectrometry. His pioneering work was recognised by the Royal Society this year when he was awarded with its Royal Medal.  Professor Morris has combined his scientific discoveries with outstanding entrepreneurship.  He is Emeritus Professor of Biological Chemistry at Imperial College, University of London.

Professor Sir John Tooke FRCP PMedSci – began his career in Leeds General Infirmary and as a Lecturer in the Leeds School of Medicine. He has gone on to lead internationally recognised research teams in his clinical interests of diabetes and its vascular complications. He is President of the Academy of Medical Sciences and Head of the School of Life and Medical Sciences and the Medical School at University College, London.

Professor Dame Ann Dowling DBE FRS FREng – one of Britain’s most eminent engineers and a leading authority on developments that are enabling the control of unstable combustion systems in both aeronautics and power generation. In September 2014 she became the first woman to be elected as the President of the Royal Academy of Engineers.

Details of the individual degree ceremonies will be available in July.