A striking new sculpture by a rising star on the international art scene has been installed at the University. 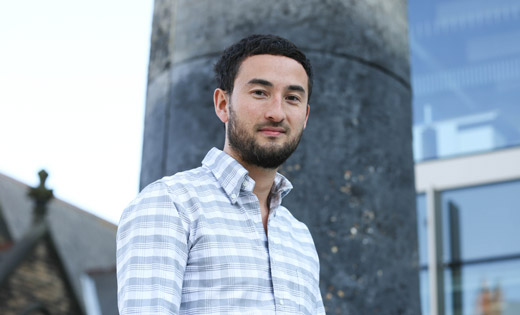 The unveiling on of Simon Fujiwara’s A Spire, outside the University’s impressive new Laidlaw library, coincided with the launch of a new art trail to guide people around the institution’s impressive collection of public artworks.

The Curating the Campus public art trail and accompanying map heralds a summer-long series of public events aimed at highlighting the University’s artistic treasures to all members of the public, as well as students and staff.

Award-winning artist Simon Fujiwara was commissioned to create a new artwork for the Laidlaw Library, which opens formally on 7 July. It sits between two former churches in Woodhouse Lane – close to the University’s iconic Parkinson Building.

He said: "A Spire came out of my thinking about the shift in production in Britain from heavy industry and mining, to a state of almost complete immaterial industry – entertainment, services, education.

“Leeds exemplifies this shift – once a city of ‘100 chimneys’, much of its industrial history has been removed and a new, post-globalised urbanism flourishes. I wanted to respond to the city’s image as well as the library’s function as both a place for learning – often through new media rather than books – and make an object that would stand as a modern relic, catalysing and combining elements of the city’s past and possible future." 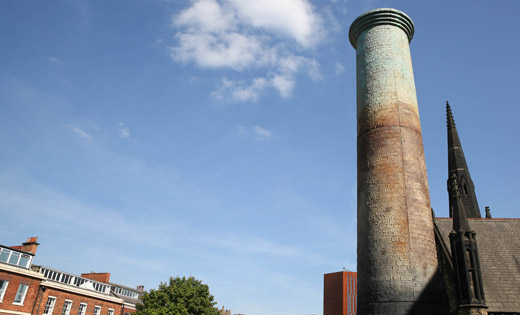 The summer series of free public art events, which has Place-Making as its theme, ranges from 15 minute talks about sculptures around campus with their creators or University and Gallery staff, to family-friendly Saturday afternoon events in the University’s Stanley & Audrey Burton Gallery and Tai Chi under the University’s Sign for Art sculpture by Keith Wilson.

Professor Ann Sumner, the University’s first Public Art Project Officer, joined the gallery team at the start of this year. She said: “We have great art on public display here at the University – including the major new commission by Simon Fujiwara.

“Our Curating the Campus public art trail and summer of events will all help encourage everyone – staff, students and visitors from the city and beyond – to enjoy the art across our unique campus.”

Free copies of the art trail are available from the Stanley & Audrey Burton Gallery. Full details of the summer’s events, which run from June 13 to August 12, can be found here.