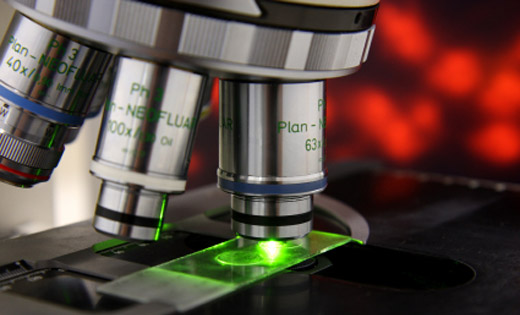 Former Senior Lecturer in Materials Dr Chris Hammond received the President’s Medal for his ‘exceptional voluntary contribution to the work of RMS.’

The new medals coincide with the 175th anniversary of the Royal Microscopical Society, to recognise and celebrate individuals who make outstanding contributions to the field of microscopy across both the life and physical sciences.

Dr Hammond volunteered as Executive Honorary Secretary, Archivist and an Outreach Committee Member for the Society, and co-founded the ‘A Microscope For Every School’ scheme which provides funding towards microscopes purchased by schools nationwide.

He refurbishes microscopes dontated to RMS and has successfully organised the Light Microscopy Course for over 20 years and regularly attends the RMS’ flagship event, the Microscience Microscopy Congress, where he helps and advises microscopists at all stages in their careers.

A spokesperson for RMS said “[Dr Hammond’s] unfaltering enthusiasm and motivation for the science means he has inspired and helped so many of the newest generation of microscopists”.

Professor Peter Nellist, President of RMS, said: “Being the first year of the RMS Medal series, I was so impressed at the number of leading and eminent scientists nominated for each Medal who have made a notable difference to microscopy both in their workplace and the wider community. This made the decision making process incredibly tough and I am both proud and honoured to announce the 2015 winners.”

RT @UniLeedsEngage: We are incredibly proud that Be Curious was shortlisted for the 'Overall Contribution to Making Leeds a Child Friendly…