A major archive comprising hundreds of hours of unseen interviews with many of the world’s leading artistic figures has been established at the University of Leeds. 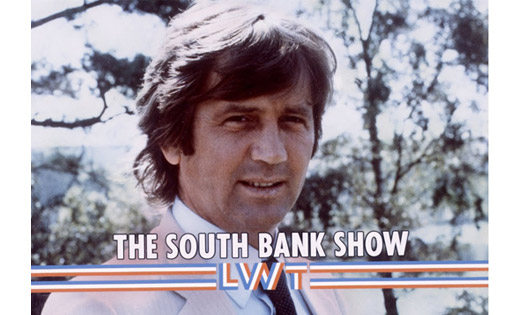 Thousands of video tapes from the 32-year run of The South Bank Show have been acquired from ITV by the University. The cultural coup has been driven by the University’s Chancellor Melvyn Bragg, who conceived, edited and presented the flagship arts show throughout its run.

The South Bank Show, with its distinctive theme tune and opening credits, was a mainstay of British living rooms on Sunday nights from 1978 until 2010 and is widely celebrated for the way it combined high art and popular culture for a mass audience.

Virtually every leading light from all branches of the arts – from sculpture to cinema, theatre to pop music – joined Melvyn Bragg at some stage to film at least two hours of in-depth interview for one of the 760 or so shows, with the list of interviewees and programme topics reading like an encyclopaedia of the 20th and 21st century cultural landscape. 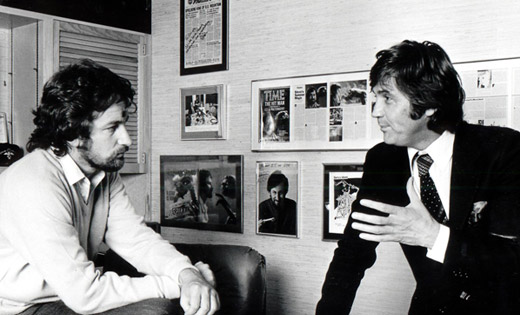 From the original interview tapes, usually only 15 or 20 minutes were broadcast, with the rest rarely, if ever, viewed again after the initial editing process.

This means that on the almost 8,500 tapes and reels of film now carefully stored in climate-controlled conditions as part of the University of Leeds Library’s Special Collections, there are up to 700 hours of footage providing a rich resource for scholars of music, film, theatre, fine art, literature and more.

Melvyn Bragg said: “I am delighted to have been able to help find The South Bank Show’s Archive such a good home at the University of Leeds’ Special Collections, where I know from first-hand experience it will be carefully managed for the benefit of world-leading researchers.

“The material it contains not only sheds light on the changing nature of television - and the arts more generally – but also provides insight into the shifting cultural tastes of Britain over the 32 years.”

Sir Alan Langlands, Vice-Chancellor of the University of Leeds, added: “We are proud and immensely grateful that our Chancellor Melvyn Bragg and ITV have entrusted the University with this remarkable archive. On Sunday evenings Andrew Lloyd Webber's variation on the theme from Paganini's '24th Caprice' and Michelangelo's hand of God giving life to Adam through a lightning bolt signalled the start of The South Bank Show and an enjoyable and uplifting close to the weekend. This unparalleled collection will now be cherished and explored by future generations of students, teachers and researchers long into the future.”

University of Leeds Librarian, Stella Butler, said: “The South Bank Show Archive is potentially a hugely rich and untapped resource from one of the longest-running arts programmes in the world. We have been granted an exclusive licence to use the material for educational purposes, so as well as using this archive for research and teaching, we plan to digitise parts so that the public can view some of the materials too.”

Dale Grayson, Director of Archive & Information Policy at ITV, said: "ITV's relationship with The South Bank Show, and with Melvyn, stretches back many years and we are very pleased to have helped facilitate the transfer of the show's production archive to the University of Leeds.

"This important collection of programmes has immense cultural value and we are delighted that material from this iconic series will be preserved by the University for future researchers and educational uses."