The Green Man Festival, held in Wales during August, is looking for anyone keen to engage Festival audiences with science. 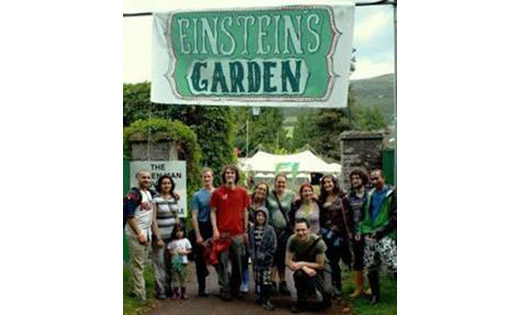 The Green Man Festival is held near the Black Mountains in Wales and attracts 20,000 festival goers. It has earned a reputation as one of the best independent festivals in the UK: In 2010 it won ‘Best Medium Festival’ at the UK Festival Awards and in 2012 the 'Grass Roots Festival Award'.

The Einstein’s Garden festival area features a diverse programme of performances, workshops and installations that use creativity, play and participation to engage people with science and research in unexpected ways. It is supported by institutions such as the Wellcome Trust, The Institute of Physics, and Research Councils UK.

Stalls can explore fundamental scientific ideas or phenomena, the process of science or current scientific research. It is essential that stalls include as much interactivity and participation for festival goers as possible.

The Einstein’s Garden theme for 2015 is FUTURE.

For further details, and to apply to run a science stall at the festival see the online application form. Applications close on Tuesday 31 March.

Read about the 2012 Einstein’s Garden experience of researchers from the Doctoral Training Centre in Low Carbon Technologies.