Recreating the Sahara in Leeds

A team of runners, including Leeds researcher Dr Michelle Morris, will benefit from the University’s expertise in sports science later this year in training for the “toughest footrace on Earth”. 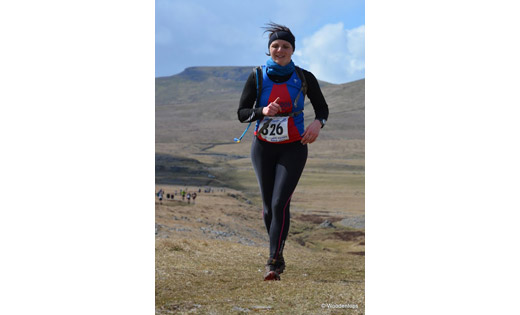 The MDS is a 156-mile race, run over six days – equivalent to a marathon a day - across the Sahara desert in temperatures of around 50°C.  Competitors have to be self-sufficient, carrying all their provisions, except water, with them in a backpack.  Heatstroke and dehydration are just two of the potential hazards for MDS competitors.  The University’s environment chamber will help the runners try to avoid these problems by acclimatising them to desert conditions ahead of the race.

The temperature of the chamber can be set up to 42°C and it can recreate the level of humidity that the runners can expect in the Sahara.  While the athletes train, Visiting Senior Research Fellow Dr Mark Hetherington will monitor their heart rates, core temperatures, and rates of fluid intake and loss.

Dr Morris says: “We’re very lucky to have access to this facility and to Mark’s expertise.  He will be able to advise on how we can make the best of our water ration during the race, and this will be crucial.”

Mark said: “Our aim is to help endurance athletes to prepare for stressful environmental conditions. Training in these conditions allows the body to acclimatise and become more efficient at losing heat. There are many physiological and psychological benefits from undertaking such training. It allows the development of appropriate pacing and fluid replacement strategies to ensure that Michelle and her fellow runners can maximise their chances of completing this extremely challenging race.”

Michelle has been building up to the MDS for about five years, since she took part in La Marmotte, a 110-mile cycle race through the French Alps, with 5,180m of climbing, including a final ascent of Alpe d’Huez.

She says: “I have always been active.  As a student I played in various sports teams and played water polo for the University.  In 2003 I took up triathlon competition and, in around 2010, off-road marathon running, but after completing La Marmotte I realised that endurance events were really my thing.  In 2013 I did the Raid Pyrénéen, a 450-mile cycle ride from the Mediterranean to the Atlantic across the Pyrenees, to be completed in under 100 hours, and in 2014 I took part in the City to Summit event in Scotland, which consists of a 2.5-mile swim across the Firth of Forth, a 112-mile cycle to Glencoe and then a 27-mile mountain run, including an ascent of Ben Nevis.  All my training now is building up to the MDS.”

Michelle is hoping to raise £10,000 by taking part in the MDS, which will be used to fund a clinical research project investigating different treatments for adult respiratory distress syndrome.

You can follow Michelle’s progress through her blog, One Step at a Time, or by watching her video MDS – Training in Yorkshire.