‘A blast of absence, a gust of presence’

A University Fellow has been given the rare opportunity to deliver the keynote speech at this year's Leeds Holocaust Memorial Day ceremony. 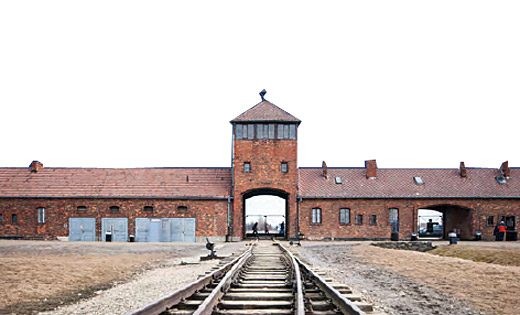 Teaching Fellow in Creative Writing Dr Adam Strickson will speak at the memorial at Leeds Town Hall on Sunday 25 January at 2pm.

Dr Strickson has been chosen because of his work over the past fifteen years with refugees, asylum seekers and Holocaust survivors, and because of his role as a founding trustee of the 6 Million+ charitable trust, set up in 2014 to oversee the construction of a permanent memorial in the north of England to victims of the Holocaust and subsequent genocides.

Adam has written plays and poems inspired by the stories of refugees and survivors.  He is currently working on an opera, The Carp Flop, with composer Lauren Redhead (who was one of his main collaborators on his music-theatre PhD, completed in 2014).  The work is based on funny and moving incidents inspired by the place of food in the life of his friend Iby Knill, 91-year-old Leeds author and Holocaust survivor.

The keynote speech at the Town Hall is titled 'A blast of absence, a gust of presence' and will include the poem, 'Kashya's Tour', about his unusual visit to Auschwitz in the snowy December of 2002.