New research into fatherhood in Britain during the last century has uncovered evidence that dads were far more involved in their children’s lives than previously recognised. 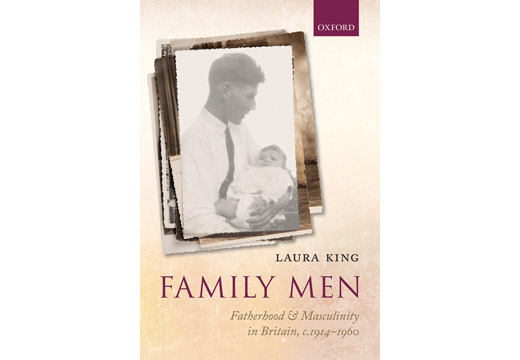 University of Leeds historian Dr Laura King has used a wide range of sources to shed light on the role of fathers in the period from the First World War to the start of the Sixties – from newspapers, letters and autobiographies to individual testimonies gleaned through interviews.

She said: “The history of fatherhood is extremely significant to contemporary debate: assumptions about fatherhood in the past are constantly used to support arguments about the state of fatherhood today and the need for change in the future.

“And yet fathers are often neglected in histories of family life in Britain. Fathers were more involved with their children in the past than we recognised. By the 1940s and 1950s there was a new understanding emerging of the significance of the father-child relationship.

“The generalisation that fathers in the past were distant figures – as well as the idea that men have suddenly become much more involved in fatherhood in the last 10 or 20 years – don’t really match up. Why does the ‘new man’ keep returning?”

Dr King argues that looking back to the past only through the lens of our present values means fathers in previous generations have been seen as distant. Because they worked a lot, they were seen as uninvolved, and because kisses and cuddles were not as common or frequent, their relationships with their children were not seen as affectionate.

“But lots of men talked about how they worked hard and long hours specifically to give their family what they didn’t have as children, and the love and affection between parents and children were simply taken for granted rather than constantly displayed,” she said.

The 1940s and 1950s also saw the birth of the modern celebrity dad, as newspapers regularly featured stories about famous fathers such as actors Errol Flynn and Burt Lancaster and singer Lonnie Donegan, as well as footballers and other sports stars.

Dr King said: “This flourishing of the celebrity father in the mid-twentieth century represents a new understanding of fatherhood. I've also found quizzes asking readers how good a husband/father they were, as well as some very open emotional exchanges in letters between dads and their children during both world wars.”

One father wrote how the coalminers in his native County Durham in the 1930s “loved and were loved – though [they] would laugh at the word”.

While some historians have considered men's roles in their studies of gender, home and family life more generally, very few have examined fathers as crucial family members and as emotional individuals.