A budding student photographer's work is to be exhibited following a win at the British Ecological Society photographic competition. 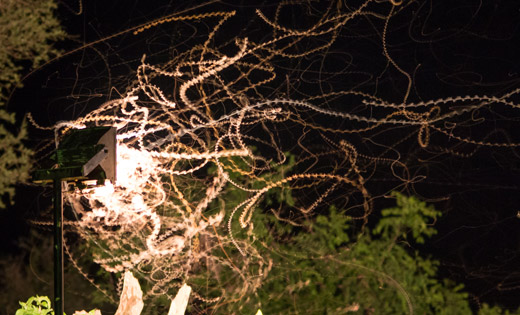 Former PhD student Peter Steward has won the 'ecology and society' category for his enigmatic image of clouds of moths attracted to a flood lamp in the Kenyan night.

Two more of his images were highly commended by the judges.

He took the winning picture at Ngulia Lodge in Tsavo West National Park last December while taking a breather from his PhD research in the nearby Taita Hills. The lodge is nestled high amongst the Ngulia hills in the semi-arid bushland of Tsavo in a vast expanse of wilderness, and the lamp in the photo was being used by researchers to attract and ring migrating birds.

“In the virtual absence of any other artificial light for many miles the sheer biomass and diversity of insect attracted to the lights at Ngulia was astonishing. A long exposure capturing the wheeling clouds of moths around the flood lamps seemed the ideal way of portraying the explosion of insect life,” says Peter.

“At the same time, the intrusion of an electric light into the dark Tsavo nights highlights just how sensitive nocturnal insects can be to light pollution. The electrification of rural Africa continues apace and, as light pollution rises, what might the consequences be?”

His research at Leeds – funded by the BBSRC – focuses on the interface between agriculture, conservation and development.

“I’m looking at how smallholder landscapes are structured and managed and how this affects ecosystem services and ecosystem disservices that can lead to human-wildlife conflict and, in turn, conservation problems,” he explains.

“This involves engaging with smallholder communities to understand how they perceive and use their environment. Talking to people is a refreshing change from an ecologist’s usual obsession with counting organisms.”

Peter, who has recently been awarded his PhD, says he wants to continue with his photography and enter next year's competition: "I'm keen to improve my skills and enter next year with new images. The competition has made me realise the power that a striking image has to reach a large audience and bring attention to research."

The photograph forms part of an exhibition of images from the British Ecological Society photographic competition on show this week at the joint meeting of the BES and the Société Française d’Ecologie at the Grand Palais in Lille. 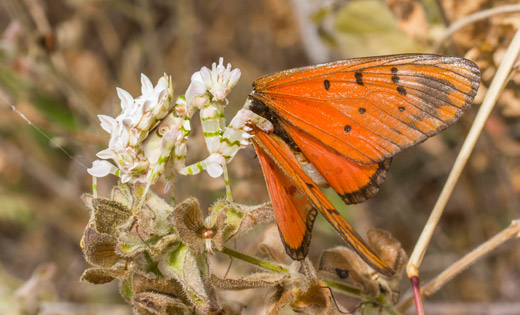 A selection of the winning photographs is available on the Discover Wildlife website.