Professor Anthony Turner has received a prestigious honorary doctorate from the Comenius University in Bratislava, the oldest and largest university in Slovakia. 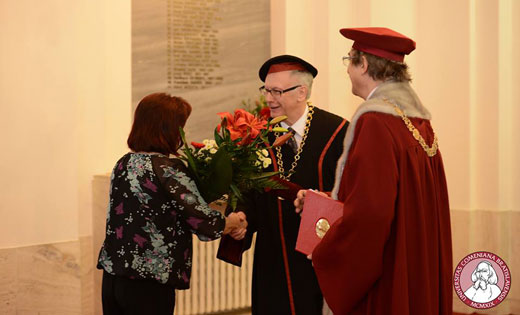 Anthony Turner, Professor of Biochemistry in the School of Molecular and Cellular Biology, and former Dean of the Faculty of Biological Sciences, joins an illustrious list of only 117 honorary doctors of the University in its 95-year history.  Other recent recipients include the Chancellor of Germany Angela Merkel, the former UN Secretary-General Kofi Annan, and the Dalai Lama.

Professor Turner received the doctorate in recognition of his distinction in biochemistry and neuroscience and in international co-operation and communication in science.