Professor Martin Iddon from the School of Music has won a British Composer Award for his composition Danaë. 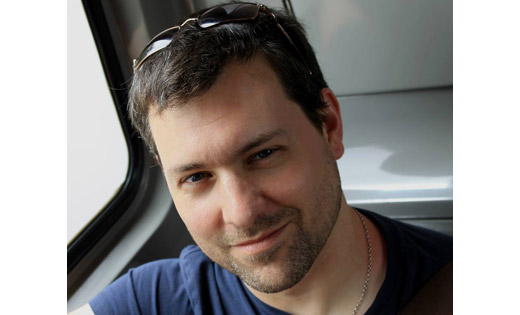 The awards are given by the British Academy of Songwriters, Composers and Authors (BASCA) and seek to promote the art of composition, recognise the creative talent of composers and sound artists, and bring their music to a wider audience.

Before joining the University, Professor Iddon ran music projects in schools for children with no previous experience in music making. He started to wonder how someone would play an instrument if they had never seen it before.  This brainwave inspired Danaë’ where a string trio (violin, viola, cello) use the two bows found in the instruments’ cases, one in each hand, and play with no hands touching the actual instrument.

The trio of professional musicians are told to forget the way they play their instruments and have to learn something completely different from what they have known. The restrictions of not holding the instrument is a sight very rarely seen that Professor Iddon doesn’t want people to miss.

He continues: “A lot of the music I’m drawn to is very slow, very quiet and very long. It seems to ask you to close your eyes and just listen. But I’m always really troubled by the idea that the music might ask you to ignore the real human bodies on stage.”

“The piece is physically demanding. I want people to see the tension in the performers as they play in this style.”

The awards described Danaë as “complex, muscular physical theatre as well as sound – an interesting musical ‘event’.” This is Professor Iddon’s first nomination and win for a British Composer Award.

Danaë was shortlisted for the award by a panel of musicians, and promoters. Professor Iddon says it’s great to hear his work being appreciated, especially at such a professional level: “You can be composing for years, but you still don’t necessarily know how good a piece is until people actually start listening to it!”

BBC Radio 3 will broadcast the awards in Hear and Now at 10pm on Saturday 6 December.