A University historian is among ten early career researchers receiving funding from a new scheme to help support collaborative working. 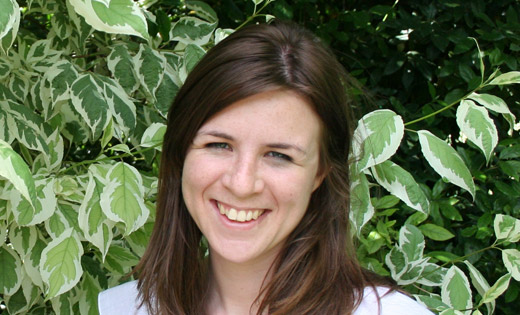 The Care for the Future Early Career Developmental Awards is the first scheme under the Arts and Humanities Research Council’s Care for the Future: Thinking Forward through the Past theme, specifically for early career researchers.

Dr Laura King (School of History) is awarded almost £40,000 for a project exploring how and why children have been ideologically used for political and cultural purposes in modern British and French history.

Dr King said: “I'm obviously delighted that we were successful, and am looking forward to exploring the wider significance of the project today as well as the historical research itself.”

The AHRC call invited researchers awarded a place at a workshop run by the theme to submit applications for 12-month projects which involved three or more attendees from two or more research organisations.

Dr King will work with archaeologist Dr Vicky Crewe from Cardiff University and University of Huddersfield historian Dr Lindsey Dodd on her project, as well as History & Policy, which aims to increase the influence of historical research on contemporary policy making’.

The new teams formed at the workshop developed successful applications which offer new perspectives on the Care for the Future theme, cross academic disciplines, cover a range of time periods, and involve a diverse mix of partners from outside the higher education sector.

Other projects include proposing new ways of thinking about historical apologies, family identity and personal effects, young people’s attitudes to heritage, and the idea of ‘authenticity’ in relation to attitudes towards food.

Professor Andrew Thompson, the AHRC’s Theme Leadership Fellow for the Care for the Future theme, said:

“These awards will develop new approaches toward and provide new insights into the central concerns of the Care for the Future theme. They will also provide early career researchers with valuable experience in project design and delivery; in their own way, therefore, they care for the future of our disciplines. From the proposals, it is clear that they will each make a significant contribution to the theme’s overall development , and I look forward to seeing each come to fruition.”

Find out more about Agents of future promise: the ideological use of children in culture and politics (Britain and France, c.1880-c.1950).

Nominations for the Leeds Partnership Awards 2022 are now open! Celebrate the achievements of staff and students… t.co/168FMp6KhH

💉 Find out how you can book a COVID-19 booster jab or a first dose of the vaccine at a new vaccination centre near… t.co/ffh6Vdmkak