New Head of Physics for University

Professor Helen Gleeson OBE has been appointed Head of Physics and Astronomy at the University and will also become the Cavendish Professor of Physics. 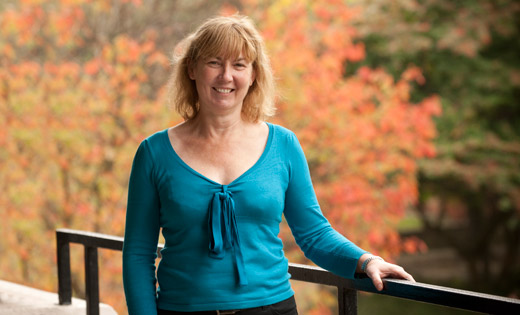 Professor Gleeson’s main research involves experimental studies of liquid crystals, and she was head of the University of Manchester’s School of Physics and Astronomy from 2008-2010. In 2009, she received an OBE for Services to Science.

She has been Chairman of the British Liquid Crystal Society, editor of Liquid Crystal Today and is an active member of Women in Science Engineering and Technology (WiSET).

Professor Gleeson will arrive on 1 January to establish her research and teaching activities in Leeds. She will then become the Head of School for Physics and Astronomy, taking over from Professor Tom Hartquist who will remain Head of Astrophysics within the school.

Professor Hartquist says: “A number of very distinguished physicists, including the Nobel Laureate W H Bragg, have occupied the Cavendish Chair, and Helen will certainly make contributions that will add further to the heritage of the post. She will lead the School with dedication and enthusiasm and establish strong collaborations with colleagues in several faculties.”

Dean of the Faculty of Mathematics and Physical Sciences Stephen Scott says: “I am really pleased that we have managed to achieve such a stunning recruitment to the Cavendish professorship at Leeds and I look forward to working closely with Helen to deliver a major programme of investment in Physics and Astronomy here at Leeds, including the proposed new Physics building.”

Professor Gleeson hopes the announcement of the ‘250 great minds’ recruitment drive, a new initiative set to recruit 250 early career academics in the next three years, will help transform the University into an even greater research facility for physics. She says: “The move of the research group to Leeds, together with the investment in early career researchers, offers a real opportunity to grow a centre of excellence in soft matter physics at Leeds.  I’m looking forward to being very much involved in career development activities for early career researchers and in equality and diversity initiatives, as both are areas that I have very much enjoyed fostering over the past few years.”