The School of Earth and Environment's Professor Greg Houseman has been awarded the Augustus Love Medal by the European Geosciences Union (EGU). 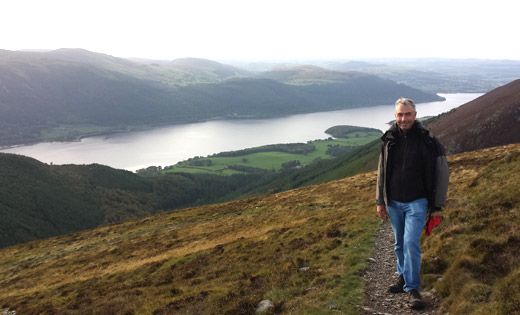 Each year the EGU issues awards to individuals from across the world to highlight their significant contributions to Earth, planetary and space sciences.  The awards recognise the researchers' major contributions to individual topics and also their place as role models for the next generation of young scientists.

Professor Houseman has been awarded the Augustus Love Medal in recognition of his work in the field of geodynamics: particularly in the areas of mantle convection and tectonophysics.  His research has recently focused on understanding the earthquake cycle on large fault systems such as the North Anatolian Fault in Turkey.

Augustus E. H. Love was a distinguished British mathematician and physicist of the 19th century, who did groundbreaking work on deformation caused by earth tides and seismic waves.