A new Government-backed centre is set to put Leeds at the forefront of UK robot design and construction. 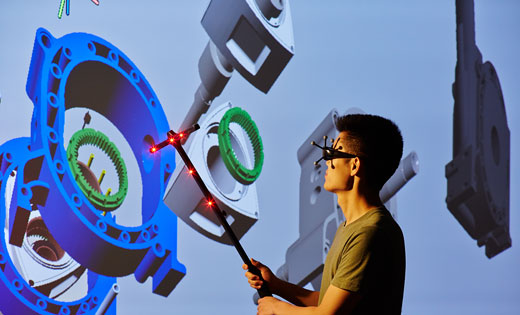 The £4.3 million Engineering and Physical Sciences Research Council (EPSRC) National Facility for Innovative Robotic Systems will open at the University of Leeds’ School of Mechanical Engineering on October 22.

The centre has the most advanced suite of robot building equipment in the UK, offering the latest 3D printing and high-precision assembly technologies.

Dr Rob Richardson, Director of the facility, said: “We looked at the most innovative and exciting robots being developed across the world and asked ourselves what kit we’d need to build something even better.

He added: “Leeds already has a great track record in robotics for surgical applications, patient rehabilitation, prosthetics, and exploration, but the new facility will revolutionise our ability to turn new concepts into reality.

“We’ll be able to make robots that are smaller, more intricate, more flexible and more integrated than ever before.”

Professor Philip Nelson, EPSRC's Chief Executive, said, “Our investment in the National Facility for Innovative Robotic Systems will help us attain the goals of the UK’s Robotics and Autonomous Systems strategy, launched earlier this year.

“The potential effects of robotics on the way we will live in the future are vast. Already we have innovations springing from research that are improving healthcare, manufacturing, nuclear safety and transport. EPSRC will continue to encourage research, discovery and innovation in this field, one of the government’s Eight Great Technologies, and supplying funds for capital investment for equipment is an important strand of our support.”

The facility is being funded as a resource not only for researchers but also for industry, and forging partnerships with companies interested in developing state-of-the-art robotics is a key objective.

“Robotics has been identified by the Government as one of the areas where the UK can develop a technological edge and this facility puts Leeds and the North of England at the heart of that effort. Our vision is to build a world-leading centre for robotics and autonomous systems,” Dr Richardson said.

The new equipment includes one of the world’s largest multi-material 3D printers, capable of making objects with both rigid and soft parts.

“If you think about it, combining hard and soft materials is critical to some of the most effective physical systems we know,” Dr Richardson said. “The human body, for instance, has soft tissues, flexible cartilages, elastic tendons and rigid bones all working closely together. We hope to be able to use this inspiration to build robots with ever more integrated parts and increased capabilities.” 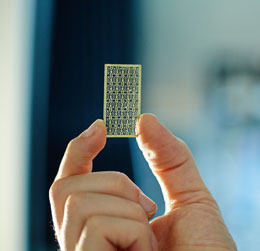 The facility also features a second 3D printer capable of working at a smaller scale and a Laser MicroJet cutter, which focuses a laser beam through a jet of water to cut any hard material, even diamond, with extreme precision.

Another machine allows researchers to print electronic circuits onto robots in three dimensions, rather than relying on conventional flat circuit boards.  Electronic test and measurement equipment will enable the creation of a new generation of miniature microwave and ultrasound sensors for surgical robots.

The facility is also equipped with a 3D visualisation studio that allows robot builders to inspect digital models of robot designs in fine detail. Researchers are developing a new micro-assembly station that uses remote motion-sensing equipment to translate hand movements into very precise actions by a robot arm, allowing users to build mechanisms too small for the unaided human hand.

The EPSRC is spending £2.6 million on equipment for the new facility, part of a £85-million nationwide investment in capital equipment to support research into robotics and autonomous systems, advanced materials and energy storage. The University has invested a further £1.2 million in equipment and lab improvements and industry will contribute £0.5 million, resulting in a total investment of £4.3 million.

Sir Alan Langlands, Vice-Chancellor of the University of Leeds, said: “The national facility is a powerful asset not only for the University of Leeds, but also for the UK’s robotics sector. It brings together technology and expertise that are the envy of institutions across the world and will enable us to play a leading role in realising the enormous potential of advanced robotic technologies.”