Peter Buckley OBE, Professor of International Business at Leeds University Business School, has been elected a Fellow of the Academy of Social Sciences. 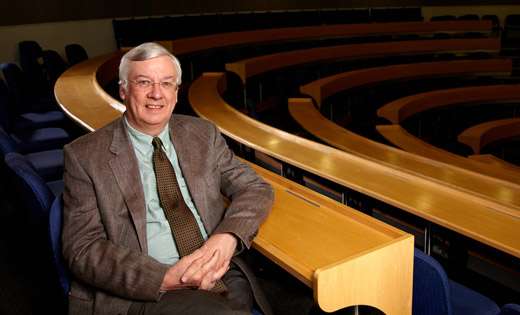 Professor Buckley is a world-leading authority on international business and is one of 34 social scientists to be honoured by the Academy this year for their contribution to social sciences.

The Fellowship is the second major honour that Professor Buckley has received this year. In July 2014, he was elected a Fellow of the British Academy.

He said: “I am delighted that my work has been recognised and that I would like to thank my colleagues at Leeds for their help and continued support.”

The Academy of Social Sciences has around 1000 individual Fellows, who are distinguished scholars and practitioners from academia and the public and private sectors. They are awarded Fellowship status after peer group review of the standing and impact of their work and evaluation of their contribution to the social sciences.