Head of Catering, Conferencing and Events, Bev Kenny, has been made an Honorary Member of the University of Leeds Ladies’ Club to mark the Club’s 90th anniversary. 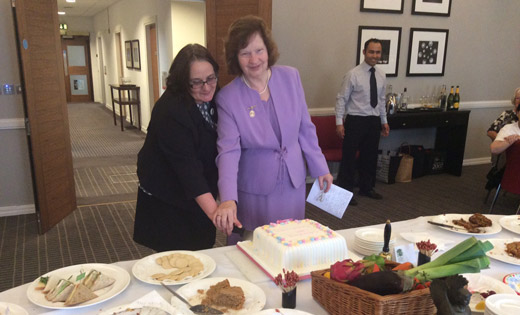 The Club made the award in recognition of the contribution that Bev and her staff have made to the success of the club throughout the years.

More information about the Club, which welcomes new members from amongst female graduates, postgraduate students and current or retired members of staff, or their wives or partners, can be found at www.universityofleedsladiesclub.co.uk