The Leeds Institute of Cardiovascular and Metabolic Medicine (LICAMM) held a successful conference at the University last week. 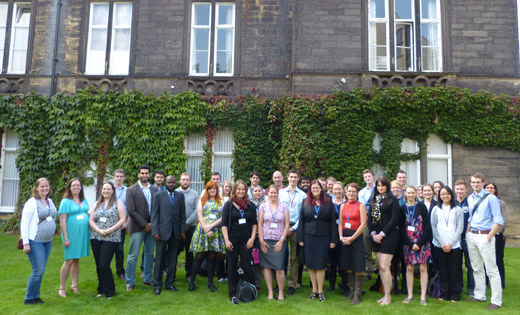 The conference focused on Cardiovascular and Diabetes Research and was open to all hospital based early career researchers, including research fellows, post-doctoral researchers, undergraduates and postgraduates. Over 60 delegates participated in the conference, attending and submitting abstracts of their own research on the subject.

The two day event took place in Devonshire Hall over 10-11 September, providing a valuable platform for all young and prospective researchers to network and build future research collaborations.  Wednesday evening featured an extra networking opportunity, as researchers were invited to a gala dinner.

Dr Jacobo Elíes, coordinator of LICAMM’s Early Career Group, said the two speakers were an excellent addition to the conference: “Both of them tailored the content of their presentation specifically to our audience of early career scientists. They highlighted the importance of doing outstanding science; disseminate new findings, and writing your own scientific proposals.”

Dr Elíes wants to see more institutions encouraging early career research: "I believe it is important for Universities to provide a competitive Early Career Development System, not only for researchers, but also for lecturers and other members of staff."