Colleagues will have been saddened to hear of the death of Chris Sheppard, recently retired Head of Special Collections in the University Library. 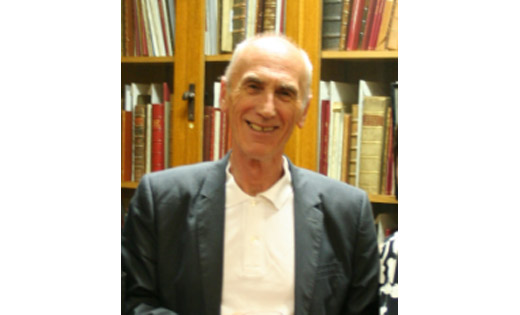 Educated at Bristol Grammar School, Chris went on to study English Language and Literature at Exeter College, Oxford (as a Stapleton Scholar in English), gaining his BA in 1968 and a B.Phil in Modern English Studies (19th and 20th century literature) in 1970. He was already focused upon a Library career, and after a short period as a Library trainee at Exeter City Library, he moved to Yorkshire in 1971 in order to pursue postgraduate studies in Librarianship at the University of Sheffield’s Postgraduate School of Librarianship and Information Science.

Upon graduating Chris became an Assistant Librarian at Leicester University during a particularly busy period of that Library’s history, when it underwent not only rapid expansion, but a move to entirely new premises – as part of which, Chris oversaw a project to reclassify and recatalogue the Reference Collection, as well as painstakingly and accurately planning the precise physical disposition of stock in the new building. Within three years, Chris had risen to headship of the Reference and Information Department, with a team of ten staff.

In 1979 Chris moved to Leeds. As Sub Librarian in the Brotherton Library he was responsible for the Brotherton Collection of rare manuscripts, comprising over 50,000 books and pamphlets as well as autograph letters and other manuscripts, such as incunabula, other early printed books, and historical manuscripts and, in particular, English Literature since 1600. His energy, absolute commitment and profound subject knowledge proved invaluable and he was quickly working more broadly across the Special Collections, dedicated both to the expansion of the Collections and to developing new and better ways for users to engage with the Library’s resources. He was involved in the Library’s first computerised circulation system (in use between 1973 and 1983) and in the careful planning for the physical expansion of the Brotherton Library (which, in 1987 was declared ‘97% full’) with the addition of the West Building in 1993. During this process, every book in the Brotherton had to be moved and accounted for, and Chris was one of those responsible for ensuring that this mammoth undertaking was completed with the minimum of disruption to Library users.

In 1993 Chris became the Head of Special Collections, a role in which, for almost two decades, he was a driving force in the development of the Library and of University scholarship. Under Chris’s leadership the Collections expanded significantly. He was able to establish a rapport with leading poets such as Geoffrey Hill, Simon Armitage and Tony Harrison, thus facilitating the acquisition of extensive caches of material. His rapport with the Chancellor, Melvyn Bragg, was particularly noteworthy, and was instrumental in securing Lord Bragg’s literary archive for Leeds. Chris’s links with eminent bibliophiles and his unfailing gracious pursuit of philanthropic support resulted in gifts on a scale which had a transformational effect. He also worked collaboratively with diverse bodies such as the Feminist Archive of the North to enrich collections associated with under-represented areas.  He was a superb communicator and advocate of the collections and delivered a series of excellent lectures as part of the celebrations of the 75th anniversary of the Brotherton Library. In 2005, Chris was pivotal in the Arts Council recognition of five of the Special Collections as being of outstanding international importance – a distinction which no other UK University Library has attained; he also secured support for a major refurbishment, completed in 2008, to house the University art collection.

As well as his activities in Leeds, Chris was a prominent member of many national bodies, including the UK Literary Heritage Working Group, as well as acting as inaugural Secretary to the Group on Literary Archives and Manuscripts. Throughout his career Chris enjoyed the complete trust and respect of his peers. He was the consummate ‘scholar librarian’, and had the gift of being able to express to others the joy and satisfaction to be gained from study, from literature and, simply, from books. A modest and extremely courteous man with a quick and wry sense of humour, he developed warm and lasting friendships with staff, academics and librarians not just within the University but both nationally and internationally as well. After his retirement in 2013 he maintained close links with friends and colleagues, not least as a Fellow of the Brotherton Library, a role which allowed the Library to continue to benefit from his significant experience and erudition. He will be hugely missed.

Chris is survived by his wife Anne and daughters Elizabeth and Olivia. A private family funeral has taken place, and a University memorial service will be arranged in due course.