Heroism since World War One 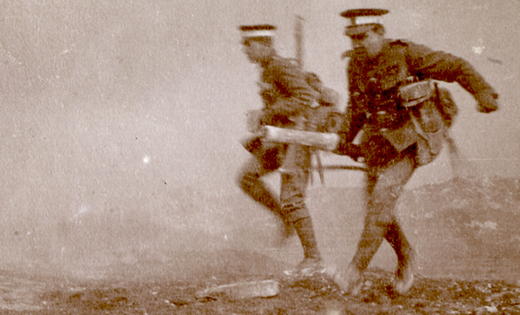 The course – World War One: Changing Faces of Heroism – about how World War One changed traditional views of heroism has been launched by the University in partnership with the BBC.

Starting in October, it looks at the emergence of new kinds of heroes and heroines, such as ordinary ‘Tommies’ and front-line nurses, as well as alternative hero figures including anti-war campaigners.

The three-week course explores art, literature, film and television, where people will learn about the portrayals of heroism before, during and since the war. Learners will also be guided through an analysis of WW1 heroic propaganda images and recruitment posters, and encouraged to curate their own exhibition of heroism in paintings using www.bbc.co.uk/yourpaintings.

The course draws on the expertise of academics behind the University’s Legacies of War centenary project, as well as interviews, film and images from the BBC’s archives and the University’s Liddle Collection. Learners will also look at the war from a range of perspectives, with University experts leading them through the changing British, French and German views of heroism.

Alison Fell, Professor of French Cultural History, leads the Legacies of War project. She said: “The war made people question not only what makes a war hero or heroine, but whether it was desirable – or even possible – to be heroic in mass industrialised warfare.

“Working with the fascinating voices and images from the past stored in the BBC archive has been vital in helping us understand how and why the First World War changed our ideas about heroism.”

Professor Neil Morris, Director of Digital Learning at the University of Leeds, added: “This partnership has enabled us to showcase the Legacies of War centenary project, as well as draw on the BBC’s own rich archives, to produce an online course that will fascinate people interested in understanding more about the First World War.

“The course will encourage people to share their stories and ideas about the impact of the war and will provide an opportunity for us all to reflect on this important centenary together.”