Professor John Ladbury has been appointed Dean of the Faculty of Biological Sciences at the University of Leeds. 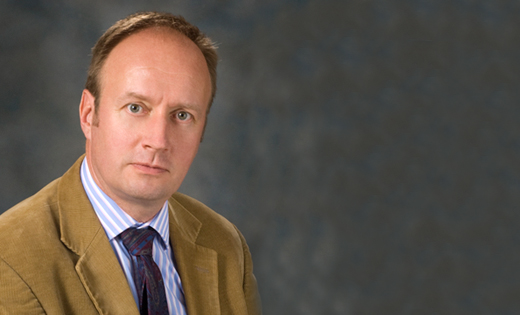 The highly respected molecular biophysicist is currently Director of the Center for Biomolecular Structure and Function at The University of Texas MD Anderson Cancer Center and will arrive at Leeds at the start of September. He will take up his responsibilities as Dean in December 2014.

Vice-Chancellor Sir Alan Langlands said: “We are delighted that Professor Ladbury is coming to the University of Leeds. He brings a powerful research record and a proven capability in academic leadership.

“This is an extremely important appointment for the University and Professor Ladbury will have a key role in building on our Faculty of Biological Sciences’ excellence in research and education.”

After an undergraduate degree in chemistry and physics at Goldsmiths, University of London, Professor Ladbury completed a PhD at the University of Greenwich, applying inorganic polymer chemistry to the paradoxical problem of making nuclear warheads safer.

He built his early career in bioscience in the United States, with a series of research positions at Yale University, Harvard University Medical School and New York University Medical Centre.  At Yale, he was involved in pioneering studies into the energetics of biomolecular interactions.

He returned to the UK as a Wellcome Trust Career Development Fellow at the University of Oxford. In 1996, he moved to University College London (UCL) and became a Wellcome Trust Senior Research Fellow in 1998. He spent 12 years at UCL, rising to Professor of Molecular Biophysics and Deputy Chair of its Department for Structure and Molecular Biology.

Professor Ladbury has spent the last six years as Professor of Cancer Research at the University of Texas MD Anderson Cancer Center, focussing his research on the interface of molecular biology and medical science. Recent work has looked at how receptors in cells interact with signalling molecules and how these interactions influence the development of cancer.

Professor Ladbury said: “I have always pushed the limits of my own research through collaboration with excellent scientists. The University of Leeds already has a proud tradition of cutting edge research at the boundaries of the biological sciences and there is huge potential and opportunity for developing creative collaborations within the University and with external partners such as the teaching hospitals and industry.

"Biological sciences are experiencing dramatic change with the availability of data and technology and there are exciting times ahead if we can collaborate effectively and creatively."

He added: “The University recruits high-calibre students and I am strongly committed to achieving excellence in education informed by state-of-the-art research and to ensuring that Leeds students are equipped to take their place in the scientific community.”

Professor Ladbury is married with two young children and plans to live in North Yorkshire. He succeeds Professor Nigel Hooper as Dean of the Faculty of Biological Sciences.