A night at the Cateys

Great Food at Leeds has won one of the UK hospitality industry’s most prestigious awards – a Catey, the industry’s equivalent of an Oscar. 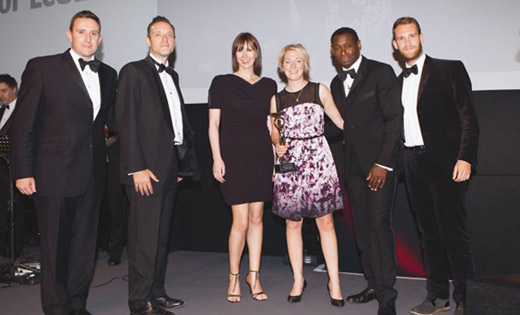 Great Food at Leeds fought off stiff competition to emerge victorious in the category of Best Marketing Campaign, which was awarded for the re-branding of the delivered catering service to Deli(very).

Since their inception in 1984, the Cateys have cast a spotlight on the highest flyers, strongest performers and hottest brands in the catering industry.  They have become a byword for quality, class and achievement and have become the awards that everybody wants to win.  Past winners in the best chef category have included culinary giants such as Heston Blumenthal, Gordon Ramsay, Rick Stein and Raymond Blanc.

Sue Pimblett, Sales and Marketing Manager at the University, headed the campaign and had this to say:

“Winning the Best Marketing campaign of the year at the 2014 Catey Awards is a huge honour for the team at the University. We all feel extremely proud to have been acknowledged for this award by industry peers and it’s wonderful to be recognised for the work that all of the team have done over the past 12 months to re-launch Deli(very).

The re-branding of the University of Leeds’ delivered catering service to Deli(very) has been incredibly popular with our customers and has introduced a number of improvements:

Find out more about Deli(very).