Two University of Leeds professors have won the 2014 Faraday Medal for outstanding contributions to experimental physics.

Professor Giles Davies and Professor Edmund Linfield, of the University’s School of Electronic and Electrical Engineering, won the prize for nearly two decades of work on terahertz science and technology, an exciting field that is opening up the uses of the far-infrared region of the electromagnetic spectrum.

The citation for the award, announced by the Institute of Physics (IoP) today, said: “Professor Davies and Professor Linfield’s contributions to the science and technology of this region of the spectrum over the last two decades are remarkable not only for their outstanding and influential achievements, but also for the breadth of their activities, which have underpinned the spectacular growth of this field internationally.”

Terahertz waves lie in the part of the electromagnetic spectrum between infrared and microwaves. They have a wide range of existing or potential uses including chemical analysis, security scanning, medical imaging, and telecommunications. 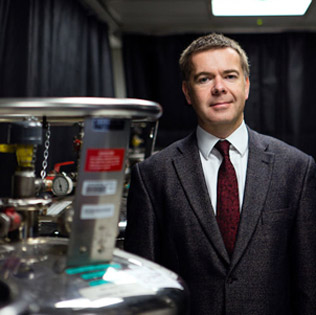 Professor Davies, Chair of Electronic and Photonic Engineering and Pro-Dean for Research and Innovation for the University’s Faculty of Engineering, said: “We are honoured to receive this award on behalf of the many colleagues that we have worked with in Leeds, across the UK, and internationally.”

The University of Leeds group has played a leading role in terahertz frequency research internationally. It has led in the development of quantum cascade lasers—small solid-state devices that make terahertz lasers much more portable—and the development of the use of terahertz spectroscopy to characterise materials.

Among the new projects Leeds is involved in is work with the UK and European space agencies to develop a satellite laser to quantify key gases involved in climate change in parts of the atmosphere that current technology cannot reach. 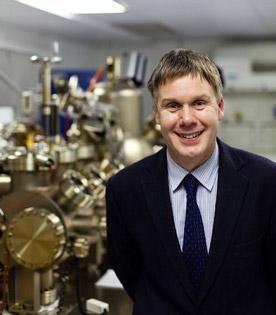 Professor Linfield, Chair of Terahertz Electronics and Director of Research and Innovation for the School of Electronic and Electrical Engineering, said: “We are delighted to receive this award jointly, and that tells a story: the development of this field has all been about cooperation, not just within the group at Leeds, but across Europe and internationally. We are at a really exciting time in the development of terahertz science and engineering.”

Professor Davies and Professor Linfield arrived at Leeds from the University of Cambridge in 2002 and 2004, respectively, and have helped establish one of the world’s leading centres of terahertz technology at Leeds. In February, the University took the lead in the race to build the world’s most powerful quantum cascade terahertz laser, doubling the performance previously set by separate teams at the Massachusetts Institute of Technology (MIT) and the Vienna University of Technology.