Events relating to the Tour de France will have an effect on access to campus and campus parking from Thursday 3 July. Check how you may be affected. 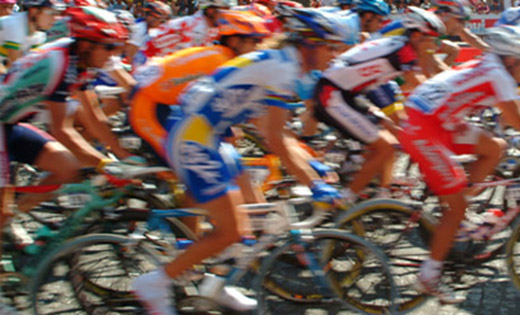 On Thursday 3 July, the University is hosting a Tour de France event in The Edge which requires the closure of The Edge car park and some of the EC Stoner overflow car park area for the whole day.  The Willow Terrace exit from campus will be closed to vehicles from 3.45pm and colleagues will therefore be asked to use alternative exits, including those at  Lodge Street and Fenton Street.

In the early evening there will be a number of road closures in place from 4pm to accommodate the riders’ parade to the signing-on event at the Leeds Arena.  Roads are expected to re-open by 10pm.  The closures are expected to have a significant impact on commuter traffic, especially for the evening rush hour.  Colleagues travelling by car are advised to plan their journey home avoiding the city centre if possible.  The University understands that the following roads will be affected:

Please plan your travel arrangements for Thursday carefully and if driving consider your departure arrangements from campus in the afternoon to avoid significant queues.  We would ask for your patience during the ‘rush hour’ as colleagues leave campus.

Another way to avoid the traffic, if your schedule allows it, is to stick around and head to Millennium Square from 6pm where you'll have a chance to see 'up close and personal' all the athletes taking part in the greatest bike race on earth as they parade slowly through the city centre on their way to the Arena.

Colleagues should also be aware that access to campus via the city centre will be restricted on Saturday 5 July as a result of the Tour de France Grand Depart.  Roads will be closed from the early hours of the Saturday morning until around 3pm the same day.  Staff will be able to access the car park from the Woodhouse Lane entrance but please ensure that you have your staff ID card to show the security staff at the barrier.  Visitors will be charged £5 for parking.

Further details about the road closures and other travel advice can be found at the Leeds City Council’s Tour de France website.