A Yorkshire Monument in Calais 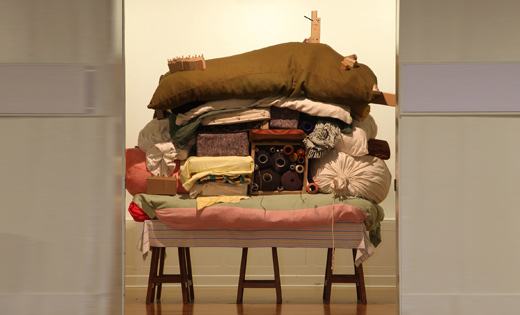 The work is to be exhibited as part of MONUMENT, an EU-funded project designed to stimulate cross-border co-operation and explore shared culture and heritage.  Throughout 2014, MONUMENT will be dedicated to commemorations on either side of the Channel of the centenary of the First World War and the 70th anniversary of the Normandy landings.

Yorkshire Monument was inspired by Castle Hill, a scheduled ancient monument near Huddersfield.  It is constructed in layers of textiles, yarn, coal, domestic objects and cardboard, which commemorate the lives of the workers who maintained the textile and coal industries in the area.