Join the annual celebration of staff and student achievements

Celebrate Week 2014 runs from 28 April to 2 May. Award winners will be listed here throughout the week.

Celebrate Week, organised by the University and LUU in partnership, gives us the opportunity to share the very best of what staff and students at Leeds have achieved over the last twelve months through a week of awards and showcases.

Award winners will be announced on the following days:

We'll update this page throughout the week with details of award winners, so keep watching! 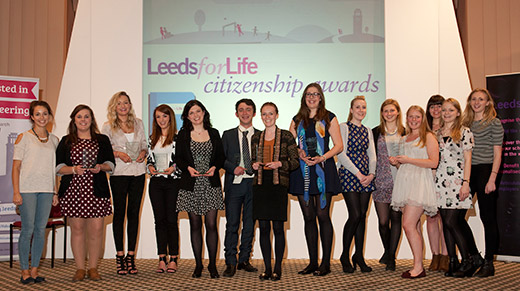